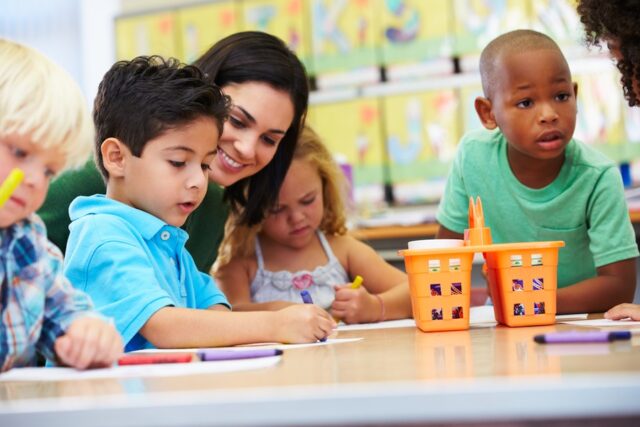 During the last couple of decades, new types of parents have emerged. From the anxiously involved helicopter parents to the pushy tiger mums, these differing styles all have one thing in common: they tend to involve over-parenting. This is where parents micromanage their children’s lives – giving them little autonomy, putting too much pressure on them to achieve academic and personal success, while allowing few chances for their children to experience failure and frustration. END_OF_DOCUMENT_TOKEN_TO_BE_REPLACED 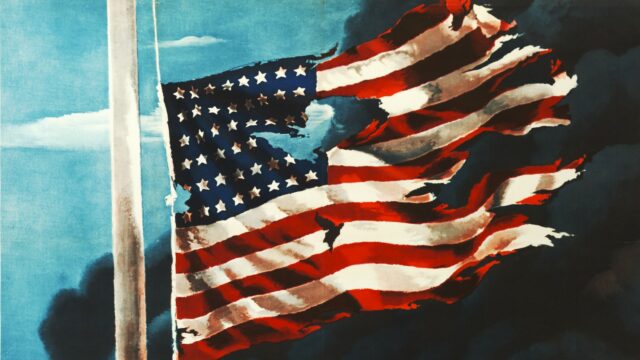 During President Donald J. Trump’s impeachment trial, we’ll hear a lot of talk about our rules for governing. One frequent claim is that our nation is a democracy. If we’ve become a democracy, it would represent a deep betrayal of our founders, who saw democracy as another form of tyranny. In fact, the word democracy appears nowhere in our nation’s two most fundamental documents, the Declaration of Independence and the U.S. Constitution. The founders laid the ground rules for a republic as written in the Constitution’s Article IV, Section 4, which guarantees “to every State in this Union a Republican Form of Government.” END_OF_DOCUMENT_TOKEN_TO_BE_REPLACED 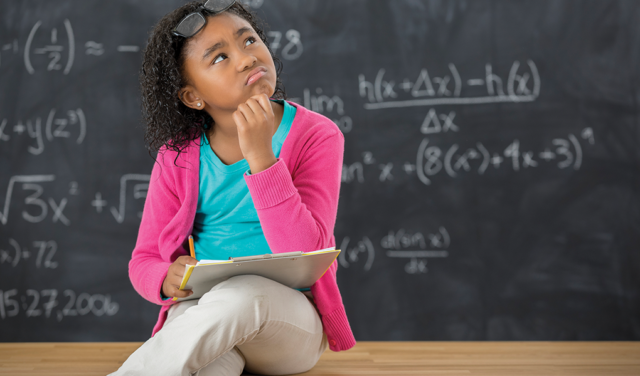 If you scan alarmist websites as I do, you may have run across the alarming news that the Seattle School Board is considering new guidelines for what might be called “social justice math.” Some culture watchers have taken this to mean that 2 plus 2 is no longer 4, but that’s not exactly the case. Math functions will remain the same, and there will still be such a thing as a right answer. END_OF_DOCUMENT_TOKEN_TO_BE_REPLACED 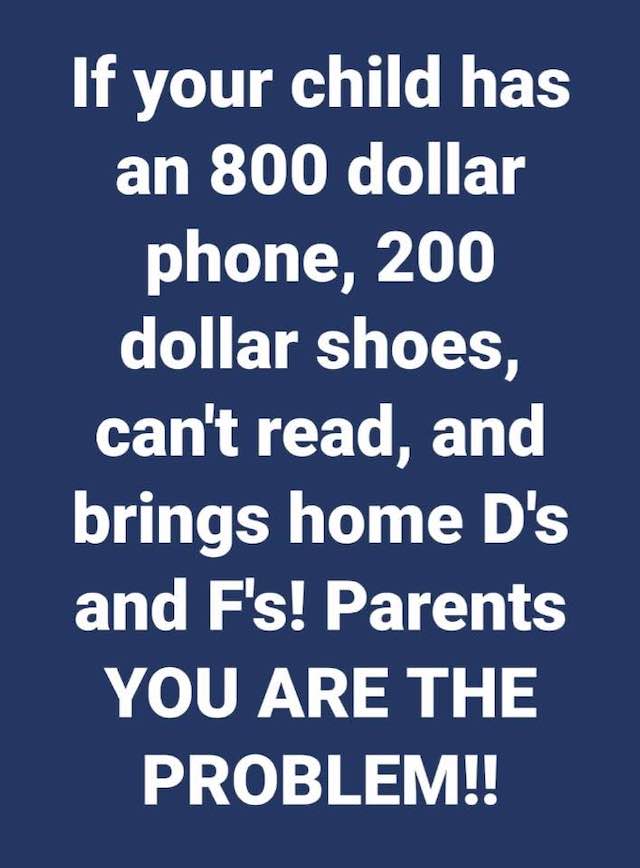 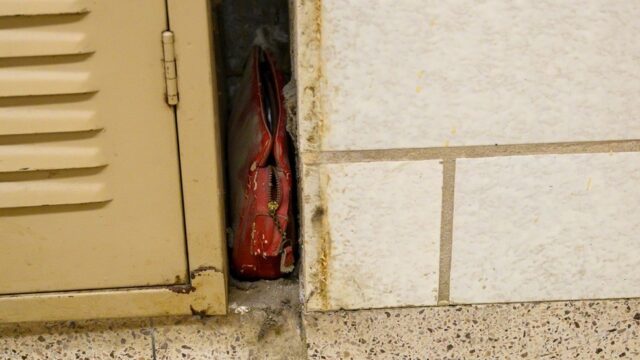 NORTH CANTON, Ohio – A purse discovered behind a locker at North Canton Middle School in Ohio is giving modern-day students a glimpse into the life of a high schooler in the late 1950s. END_OF_DOCUMENT_TOKEN_TO_BE_REPLACED

“A government is like everything else: to preserve it, we must love it.” 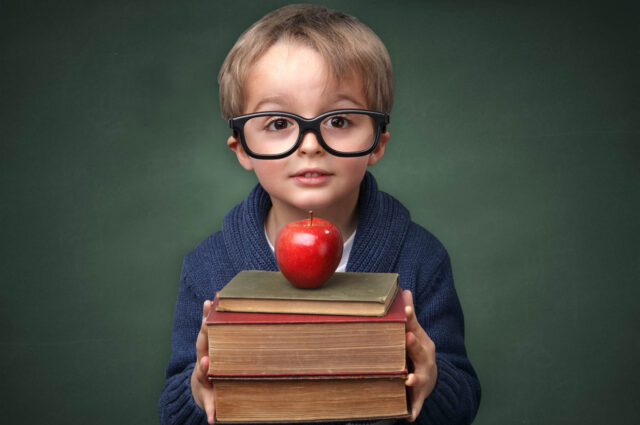 Today’s schools teach only the ugliest parts of US history, turning students off from civic engagement. Shutterstock

When he was young, Thomas Jefferson carefully copied those words — a quote from the great political philosopher Montesquieu — into his “commonplace book,” the private journal he kept as a student for future inspiration.

“Everything, therefore, depends on establishing this love in a republic,” the passage continued. “And to inspire it ought to be the principal business of education.”

America’s teachers’ union is refusing to work with President Trump on education issues and has vowed to promote “transgender” ideology among students. 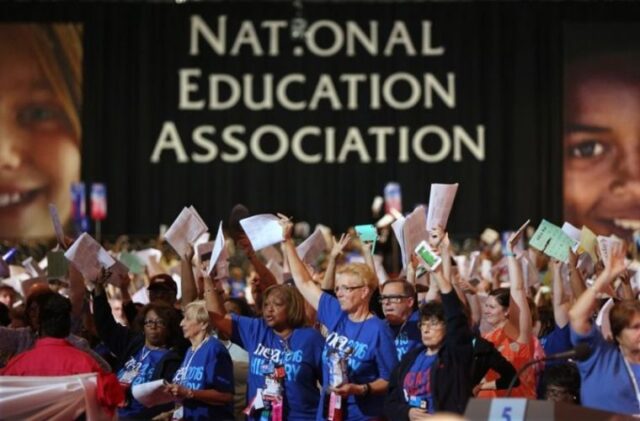 Delegates raise their hands to vote on a resolution during the 95th National Education Association (NEA) Representative Assembly on July 4, 2016 at the Convention Center in Washington D.C. | (PHOTO: NEA)

It can be tough to be a teacher… 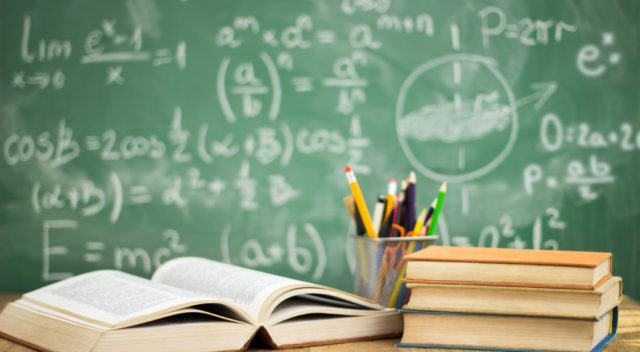 According to a study released last year by the Economic Policy Institute nearly 14% of America’s teachers are either leaving their school or leaving teaching altogether, and school systems are having a hard time replacing them.

Often it’s because of the pay, but a growing lack of respect for the profession is also to blame. END_OF_DOCUMENT_TOKEN_TO_BE_REPLACED 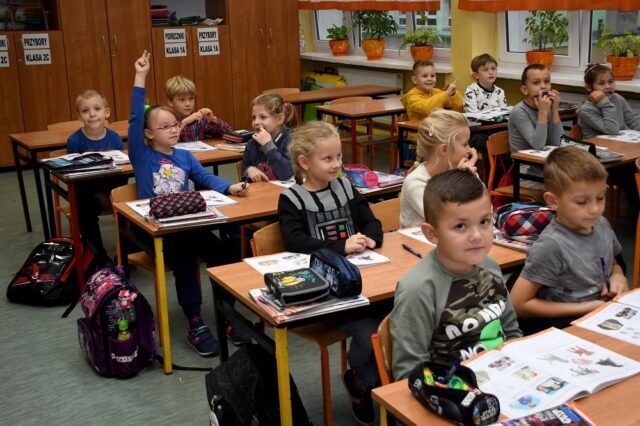 Many people have long suspected that governments sometimes attempt to indoctrinate their people to increase the government’s own power and influence. Unfortunately, ambitious governments will not stop at merely controlling what their people can do; they must control their minds. END_OF_DOCUMENT_TOKEN_TO_BE_REPLACED 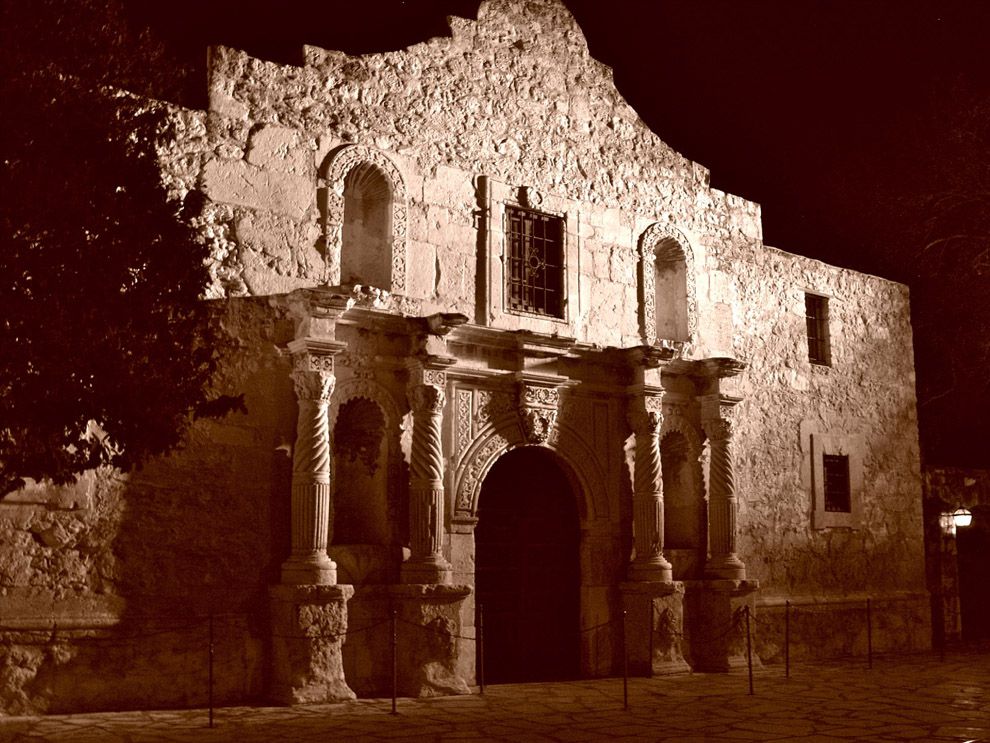 The Alamo was a mission founded in 1718. It ceased to function as a church in 1793. At the time of the famous siege the mission chapel was a roofless ruin, but a high rock wall about three feet thick enclosed an area around the chapel large enough to accommodate 1,000 men. Within that enclosure the battle of the Alamo was fought, with a last stand in the chapel. END_OF_DOCUMENT_TOKEN_TO_BE_REPLACED

“I call on you in the name of Liberty, of patriotism & everything dear to the American character, to come to our aid, with all dispatch” 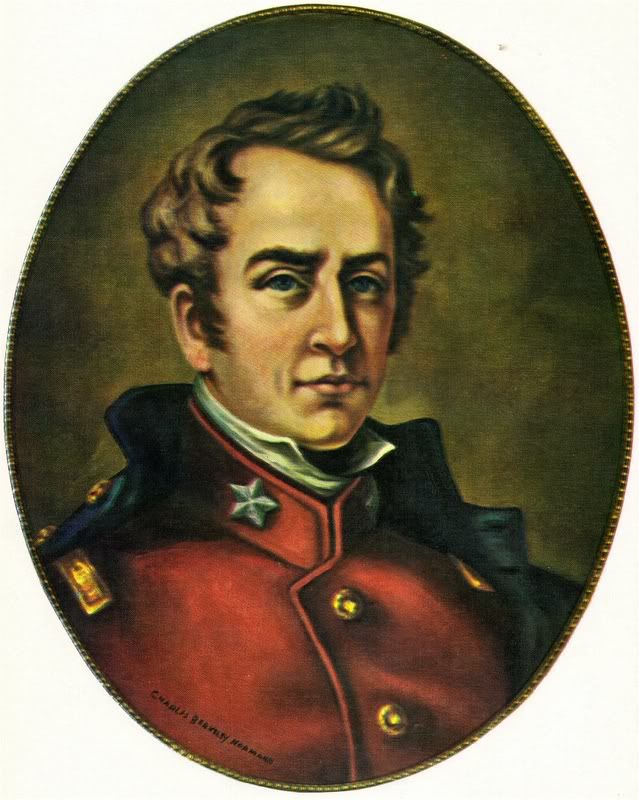 On February 23, the Alamo Mission in San Antonio, Texas had been besieged by Mexican forces led by General Antonio López de Santa Anna. Fearing that his small group of men could not withstand an assault, Travis wrote this letter seeking reinforcements and supplies from supporters. The letter closes with Travis’s vow of “Victory or Death!” – an emotion, which has been both praised and derided by historians. END_OF_DOCUMENT_TOKEN_TO_BE_REPLACED 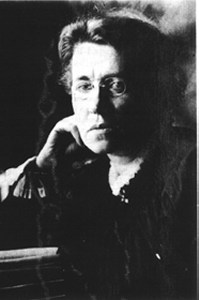 ~ Prologue ~
The contention that patriotism is a poison for the minds of free men is the keynote of a recent speech successfully delivered before audiences across the country by Miss Emma Goldman, the Russian immigrant who has become one of the leading voices of anarchism, permitted free rein under the liberties of her adopted country.

Miss Goldman, at age 46, is a well educated Russian woman who came to the United States in 1886 and, after a preliminary period of hard labor in the looms and mills of New York and New England, turned to the movement of radicals that preaches the total destruction of organized society as the means of “freeing” individuals.

She is notable as an anachronism in American development, gaining vast audiences for her spell-binding talks, primarily from amongst the more recently arrived immigrant groups, who are apparently are entertained by her ideas, but who, with few exceptions go from her meetings back to their jobs and their sober political beliefs. END_OF_DOCUMENT_TOKEN_TO_BE_REPLACED

Today’s power struggle is the stuff revolutions are made of. 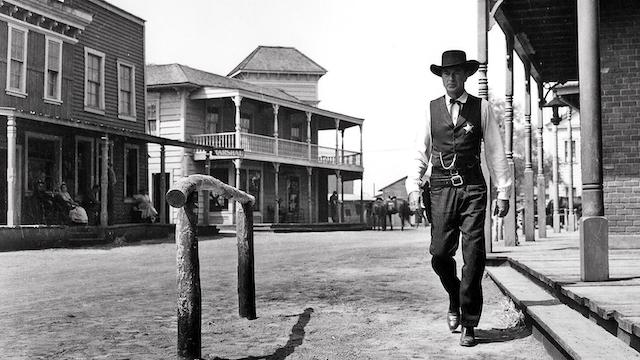 America is in crisis. The citizenry is fragmented, polarized, and angry. The media, Hollywood, and academia hate the President, who doesn’t care much for them either. This elite trifecta, along with the coastal, urban upper class, not only loathes Trump, but is contemptuous of Middle America and its traditional virtues. But the battle to preserve these virtues and the very possibility of self-government among future generations of Americans can no longer be waged merely at the level of politics. It must now be fought on every college and university campus across the nation. END_OF_DOCUMENT_TOKEN_TO_BE_REPLACED 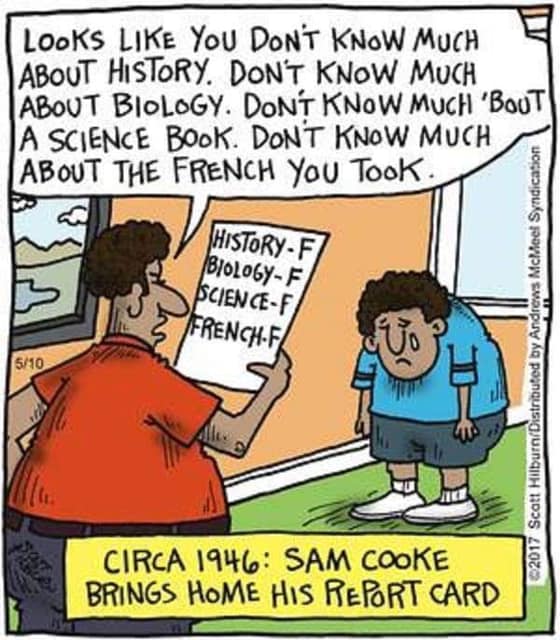 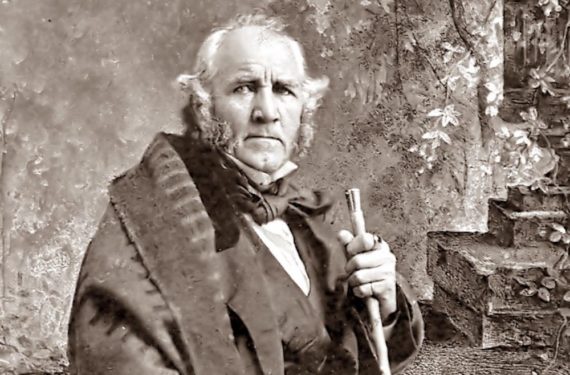 “Lincoln, under no circumstances, would I vote for … So, I say, stand by the ‘Constitution and the Union’, and so long as the laws are enacted and administered according to the Constitution we are safe …“ (emphasis added) Letter from Sam Houston to Colonel A. Daly, August 14, 1860

The 1860 Election was still 3 months in the future and Houston had no inclination to pre-judge the new sectarian party that might be brought to power in Washington City. He was wrapping himself, as he always did, with a Jeffersonian understanding of constitutional liberty and wanted Texas protected by that same banner of Law. He was clear-sighted what might happen but remained a Jacksonian Dreamer. He knew the cherished Union of Jackson and his forefathers. Their dreams embodied his. END_OF_DOCUMENT_TOKEN_TO_BE_REPLACED 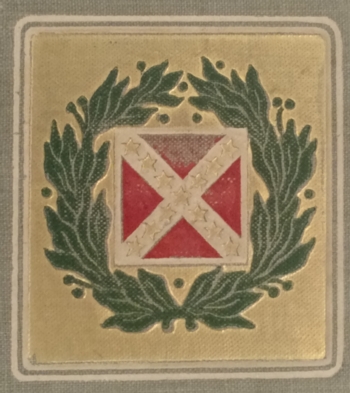 We had been married for about two years, and I was a sales representative at a Volkswagen dealership in Evanston, Illinois. The owners name was Herman Eberhardt. Older buildings, and the dealership was split, with the body and paint shop on the (appropriately) South side of the lot – and that is where the treasure was to be found…

I have told my story many times in the past, but will share the basis of it once more, so that you will understand the (personal) significance of my discovery.

It was 1958 and that year I attended the Crestwood Elementary School in Northbrook, Illinois. It was this one fortuitous year that I would receive the greatest gift of my ‘formal’ education – a year to remember for many reasons – chiefly among them was my teacher – Donald Adair. END_OF_DOCUMENT_TOKEN_TO_BE_REPLACED