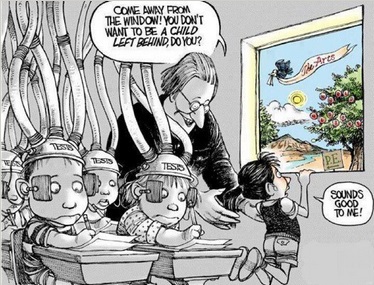 In their informative book Crimes of the Educators, Sam Blumenfeld and Alex Newman noted, on page 190 that “In John Dewey’s 1898 plan to dumb down America, he wrote, ‘Change must come gradually. To force it unduly would compromise its final success by favoring a violent reaction.’”

There is a lot packed into that one little statement. First, the authors note, not inaccurately, that social programmer (not educator) John Dewey had a plan to dumb down students. We also see that his plan was being put into effect much earlier than most folks want to think about. Most people want to think, or have been conditioned to think, that the problems with out public schools only started in the last forty years or so and that before that, everything in public education was “pie in the sky by and by.” Those who have studied public education realize that view is seriously misinformed. What Dewey was trying to do should make us realize, (though it probably won’t) that public education in this country had serious problems before any of us were even born! I contend that it had major problems literally since day one, when Unitarian Horace Mann and socialist Robert Owen were touting how successful it would be in straightening out the human race and creating a heaven on earth. Those people may actually have believed that, or they may just have hoped the gullible people who listened to their poppycock believed it. Some may be tempted to give them the benefit of the doubt. Not all of us are willing to go quite that far. 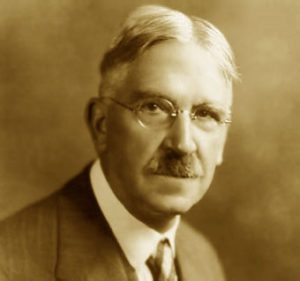 With my suspicious mind I think Dewey knew what he was doing to the children of America, and to their parents, when he said they needed to do all of this gradually so they would not compromise its success by causing a violent reaction.

Dewey realized what he was planning to do could well provoke a negative reaction by parents if he went too far too fast and so he was willing to adopt the lobster in the pot technique by turning up the heat gradually enough that most folks would not be aware of it. It worked too.

Radical leftist ideology was gradually introduced into the public education sphere, gradually enough that most parents, even Christian parents, were not aware of what was going on. That handful of discerning parents that did see the handwriting on the public school’s wall and tried to warn those around them of where it was all going were easily shouted down by the school establishment as alarmists and “conspiracy theorists” who claimed they saw leftists behind every school desk or in every book locker. Actually, there were no leftists in book lockers–but the leftist doctrine for public “education” was in those book lockers! It still is. Only the leftist doctrine has now become mainstream.

The first time people began to have a clue about all this was during the Kanawha County textbook protest in West Virginia in the 1970s. Dewey’s disciples finally decided that it was about time for them to “let it all hang out” in public school texts and that, after over eighty years of gradual socialist indoctrination most parents would be ready to accept their educational hogwash. They guessed wrong! The parents in Kanawha County were not ready for their educational hogwash and they let the establishment know that in no uncertain terms.

As time went on it became apparent to the educational establishment that they had erred and so they chose to correct their error, not by backing off of their leftist bent, but rather by making sure the textbook protest was beaten into submission–literally!

To some degree that worked. It kept most evangelicals out of the protest and made sure protesting parents realized that part of their “reward” for protesting rotten textbooks might just be a billy club across your back or shoulders, administered by more-than-willing “law enforcement” officers. Even all that couldn’t prevent the formation of new Christian schools in the area–though had the education establishment been able to find a way to prevent them it would have. After all, your kids belong to “the state” don’t you know! Ask Hillary. She’ll tell you. Or even Beto O’Rourke might have been persuaded to holler at you “Hell, yes, were coming to take your kids if you refuse to put them in public schools!”

Blumenfeld and Newman made an interesting statement on page 201 when they said: “The steep decline of Christianity in America can be directly attributed to the public schools, which have become the parochial schools of atheism.”

I have watched over the decades as Christians have staunchly defended what goes on in public schools and chastised those of us who refused to submit our children to them as being outdated, anachronistic, and simply out of touch. Frankly, it bothers me no end that so many Christians choose to defend the system that is working to rob their children of their faith, culture and heritage and is becoming ever more militant in the way it does that. And many of them get mad at their brethren who try to warn them of what’s going on.

Submitted to Kettle Moraine Publications for publication by the author.