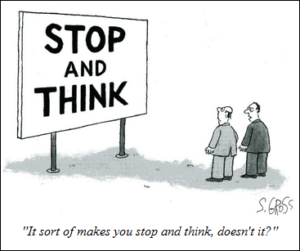 With all the trash-talk oozing up everywhere from the slime, it is time to ask: how is America doing intellectually? At the very top of our nation’s political pyramid we have leaders who don’t read and can’t do basic math. What is needed, of course, is exactly the opposite. We need leaders who can think critically, read comprehensively, know history, speak and write eloquently, decide decisively and whose numbers make sense.

The future of our issue requires raw genetic aptitude nurtured by intellectually stimulating and educationally enriching environments. Ethically, we can’t modify raw genetic aptitude but ethically we can do something about the quality of our children’s intellectual, social and educational environments. As a society, we must come to re-value intellect and the life of the mind over identity and social justice ideology — as we have throughout our history.

1 thought on “Finley: Save America’s Intellect”