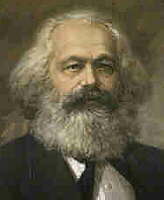 The ‘ism’ of Marx

Recently, I did an article about Herbert A. Philbrick’s book “I Led Three Lives.” In that article I mentioned Louis Budenz, the director of the Communist newspaper “Daily Worker” and how he had broken with the Communist Party and returned to his Catholic faith.

According to one account I read, Karl Marx said “The education of all children, from the moment they can get along without their mother’s care, shall be in state institutions.” This would be consistent with the 10th plank in his “Communist Manifesto” which said, in part, “Free education for all children in public schools.”

This was something Louis Budenz sought to warn people about after he broke away from Communism. He wrote an autobiography, “This Is My Story” as well as other books and articles which exposed what the Communists were trying to do to this country.

In 1954 Budenz wrote The Techniques of Communism: INVADING EDUCATION about Communist penetration of our educational systems, which I cannot possibly quote all of here, but I will give you a few of his comments.

Budenz said: “In undermining a nation such as the United States, the infiltration of the educational process is of prime importance. The Communists have accordingly made the invasion of schools and colleges one of the major considerations in their psychological warfare designed to control the American mind…Those who contend that Communists should be permitted to teach in our schools ‘as long as they do not teach Communism openly in the classroom’ have not acquainted themselves with the ABC of Red infiltration…In the classroom, the Communist teacher or professor very rarely, if ever, teaches Marxism-Leninism openly. There are hundreds of indirect ways of reaching the same end…Dr. J. B. Matthews, after careful examination of the records, declares that since 1935 ‘the Communist Party has enlisted the support of at least thirty-five hundred professors–many of them as dues-paying members, many others as fellow travelers, some as out-and-out espionage agents,…”

He then goes on to list a whole batch of them, most of whom are probably deceased at this point so I will not list names, but they taught at such prestigious schools as Columbia University, Rutgers University, Brooklyn Polytechnic Institute, New York University, even at Union Theological Seminary. Since he wrote this back in 1954 you can bet that number his increased considerably.

People have been warning us about Marxist penetration of public schools at least since Budenz did it but mostly parents pay no attention. It’s easier to just look the other way and ignore all of this. That way you don’t have to get involved and do something about it. You can just coast along and pretend its all “pie in the sky bye and bye.” Kind of like the “rapture theory” in theological circles.

The problem is, it is getting harder and harder to ignore the obvious, and many writers have of late been warning us of this situation. I have seen literally dozens of articles on the internet in past months telling parents what goes on in various public schools around the country, and some of it is pretty gross.

A recent article appeared on August 16, 2020 by Douglas Blair, an administrative assistant at the Heritage Foundation wrote, I’m a Former Teacher. Here’s How Your Children Are Getting Indoctrinated by Leftist Ideology.

In the column he stated: “Your children are being indoctrinated. The education system designed to teach them how to think critically has been weaponized by the radical left to push an anti-American agenda…I worked with kids from ages 3 to 13 and saw the brainwashing that exists at all levels of education. The left uses a combination of propaganda and suppression to push kids into the ensnaring grip of socialism and anti-patriotism. First is the propaganda. Teachers will assign work instilling the idea that the pillars of Western civilization were evil, and that their memories deserve to be thrown in the trash…Another way the left propagandizes is through the normalization of its views and positions as nonpolitical. The Black Lives Matter organization is a prime example of this. Many of my colleagues wore Black Lives Matter pins and apparel to school in blatant violation of school rules forbidding political statements on clothing. When I asked for a justification of the behavior, I was told it wasn’t political to support the group, it was a matter of human rights.”

Anyone who knows anything at all about Black Lives Matter knows that is a complete croc. The group is Marxist to the core, and its leaders even admit as much.

…but Blair continued: “But it wasn’t just a matter of teaching that America and the West are evil. Suppression of ‘wrongthink’ is equally as important to the brainwashing process. The lessons I was allowed to teach were also censored…The suppression extends to American religious values as well. I would try to engage my students with folk stories from around the globe to teach them world history and other cultures. Story time went on without a hitch until I decided to tell stories from the Bible. Other teachers began to complain I was preaching Christian values to the children and attempting to convert them…After sharing the story of the Tower of Babel, I was told to switch back to non-Christian stories or face consequences.”

It was okay to teach about non-Christian cultures, but don’t you dare to say anything good about the Bible or Christianity. That is just not permitted in public schools–which proves my contention that these schools are really anti-Christian institutions.

And Blair concludes with a scathing indictment. He notes: “The young adults who today gleefully tear down statues of the Founding Fathers were incubated in our very own schools, groomed to burst from the education system and burn America down.”

In other words, our public schools are being used as vehicles to tear this country down. But then, if you understand the theology behind public education, you realize this was the agenda from day one! This is not some new thing, some new “progressive” fad. This has been an ongoing agenda since the 1830s. It has just accelerated in the past few years.

This is an area I have had a concern about since our days in West Virginia in the mid-1970s. Do I think many will listen? Probably not. But at least, if you read this, you can never say no one ever told you what was going on. There have been many that have tried to tell you over the years, most of them far more eloquently than I have, and still you have not listened. The generation of budding Marxists in our schools at this point may well end up tearing down the system and then you won’t have to listen to dissenting voices anymore as they will all be silenced.