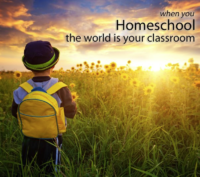 Secretary of State Mike Pompeo blasted critics of homeschooling and accused radical-left academics of imposing their values on American children.

Harvard Magazine, an independently edited magazine affiliated with Harvard University, recently published an article warning of the risks of homeschooling as part of their May/June edition. It quotes Elizzabeth Batholet, Wasserstein public interest professor of law and faculty director of the Law School’s Child Advocacy Program, in saying that homeschooling violates children’s rights to a “meaningful education” while also limiting them from contributing to a democratic society. Additionally, Bartholet argues that homeschool is inadequately unregulated across the U.S. and can isolate children from others.

Pompeo, who received a Juris Degree from Harvard Law School and once served as an editor of the Harvard Journal of Law & Public Policy, disputed the article in a statement shared to Twitter on Sunday.

“The risk to children is NOT from homeschooling,” the secretary of state wrote. “The risk is from radical leftist scholars seeking to impose THEIR values on OUR children.”

The risk to children is NOT from homeschooling. The risk is from radical leftist scholars seeking to impose THEIR values on OUR children.https://t.co/4Wz9avvyr5

“We have an essentially unregulated regime in the area of homeschooling,” Batholet said in the article, titled The Risks of Homeschooling. To support her claim, Batholet pointed at the few requirements that parents must meet under the legal regime governing homeschooling. Providing evidence of teaching and submitting curricula aren’t necessarily enforced, she said, and only approximately a dozen states have a base level of education the parents must meet before homeschooling their children.

“That means, effectively, that people can homeschool who’ve never gone to school themselves, who don’t read or write themselves,” Batholet explained.

Ultimately, the academic condenses her argument to whether “parents should have 24/7 essentially authoritarian control over their children from ages zero to 18,” and calls the practice dangerous. “I think it’s always dangerous to put powerful people in charge of the powerless and to give the powerful ones total authority,” she added.

Batholet’s anti-homeschooling remarks have garnered backlash amongst conservatives and Christians, with some asserting that her arguments are lacking in fact.

In an opinion piece published by National Review, a conservative political magazine based in New York, writer Fred Bauer called proposals to ban homeschooling an “attack on pluralism.”

“While Bartholet speaks about the importance of giving children the ‘choice to exit’ the worldviews of their parents,” Bauer wrote, “her proposal to ban alternative modes of education is itself a proclamation of ‘no exit.'”

Roughly 1.7 million—just over three percent—of children in the U.S. are homeschooled, according to federal data. The practice has been on the rise for decades, with the percentage of those homeschooled nearly doubling over the past 20 years.