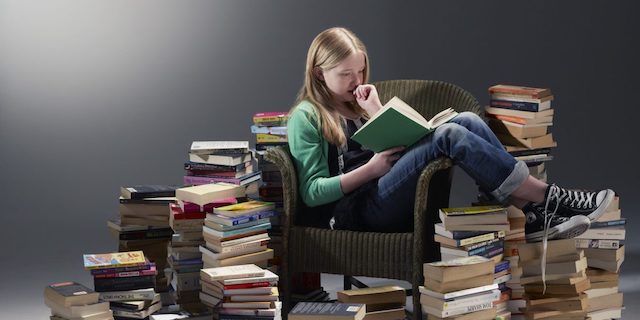 The US film industry may have generated revenues somewhere in the region of $40 billion last year, but it seems Hollywood still has plenty of work to do if it wants to compete with that most hallowed of American institutions: the public library…

Yes, according to a recent Gallup poll (the first such survey since 2001), visiting the local library remains by far the most common cultural activity Americans engage in. As reported earlier today by Justin McCarthy:

“Visiting the library remains the most common cultural activity Americans engage in, by far. The average 10.5 trips to the library U.S. adults report taking in 2019 exceeds their participation in eight other common leisure activities. Americans attend live music or theatrical events and visit national or historic parks roughly four times a year on average and visit museums and gambling casinos 2.5 times annually. Trips to amusement or theme parks (1.5) and zoos (.9) are the least common activities among this list.”

The results of the Gallup poll have been broken down in a range of different ways, all of which you can peruse at your leisure, but two of the more interesting (though unsurprising) findings are that women report visiting the library nearly twice as frequently as men do, and that libraries are visited most by adults in low-income households and least by adults in high-income households.

Congratulations to all you librarians out there; keep fighting the good fight.

Pour one out for the zookeepers, though; it appears they may not be long for this world…