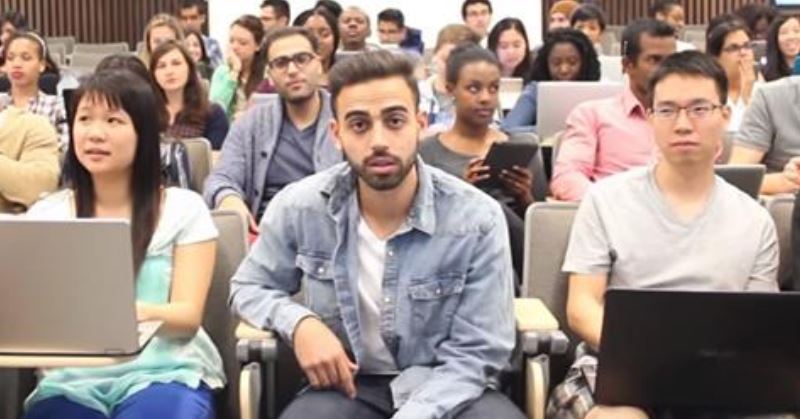 Six months ago we shared a a frightening observation from Patrick Deneen, a political science professor at Notre Dame who has also taught at Princeton and Georgetown. He described his students as “know-nothings… devoid of any substantial knowledge.”

In an essay titled “Exercises in Unreality: The Decline of Teaching Western Civilizatio”,” Anthony Esolen describes a university climate today in which many students and professors no longer possess the knowledge and skills that their peers of previous generations took for granted:

“But what if you know hardly anything about anything at all? That is an exaggeration, but it does capture much of what I must confront as a professor of English right now, even at our school, which accepts only a small fraction of students who apply for admission. Nor, I’m afraid, does it apply only to freshmen. It applies also to professors.”

“I now regularly meet students who have never heard the names of most English authors who lived before 1900. That includes Milton, Chaucer, Pope, Wordsworth, Byron, Keats, Tennyson, and Yeats. Poetry has been largely abandoned. Their knowledge of English grammar is spotty at best and often nonexistent. That is because grammar, as its own subject worthy of systematic study, has been abandoned. Those of my students who know some grammar took Latin in high school or were taught at home. The writing of most students is irreparable in the way that aphasia is. You cannot point to a sentence and say, simply, ‘Your verb here does not agree with your subject.’ That is not only because they do not understand the terms of the comment. It is also because many of their sentences will have no clear subject or verb to begin with. The students make grammatical errors for which there are no names. Their experience of the written language has been formed by junk fiction in school, text messages, blog posts, blather on the airwaves, and the bureaucratic sludge that they are taught for ‘formal’ writing, and that George Orwell identified and skewered seventy years ago. The best of them are bad writers of English; the others write no language known to man.”

Esolen’s above lament is supported not only by similar laments from his fellow professors, but also by statistics that show only a minority of American students are proficient in reading and writing, and by the fact that billions of dollars each year are spent on remedial courses in college.

Do you think that things can be turned around in the near future? Or are we destined to slip further into an educational dark age?