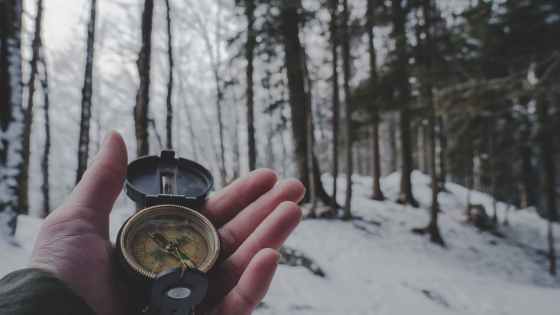 Writing in The Atlantic, Paul Barnwell says that students today have a “broken moral compass” because “The pressures of national academic standards have pushed character education out of the classroom.”

One of the reasons I wrote A Gift of Wonder was to share a picture in which character education is integrated with academics. I discovered that this approach made my lessons engaging and thus made it easier for students to grasp the academic content because they were never bored.

Barnwell backs up his observation about threatened morality by looking at the rise of narcissism: “In the recently released Unselfie: Why Empathetic Kids Succeed in Our All-About-Me World, Michelle Borba claims narcissism is on the rise, especially in the Western world, as more teens concur with the statement: “I am an extraordinary person.” If empathy is crucial to developing a moral identity, then this trend should be troubling to parents and educators who hope that students foster the ability to see the world through others’s eyes.”

He also quotes a high school teacher from Denver:

“William Anderson …. told me that “most teachers haven’t been trained to design instruction that blends academic content with an exploration of character and ethics.” He emphasized that schools should promote this approach to develop well-rounded students. Addressing academic skills and challenging students to consider ethics and character should not, he argued, be mutually exclusive.”

A Gift of Wonder shows a teacher who sees every moment in the classroom as an opportunity to build character. She drops the lesson plan to follow the lead of students who ask important questions. She teaches history through stories that develop empathy and character. Find A Gift of Wonder HERE.

Above all A Gift of Wonder shows how to interweave academics and character education in a way that is much more than a method. This type of character education is centered in the soul of the teacher who is ready to spontaneously take every opportunity to connect with her students and show them a way to their own best humanity. It shows what teaching looks like when wonder and other forms of engagement are given a higher priority than testing. And it shares the idea the that the habit of wonder is a key element of character, especially for a child in the early grades.

The book is set in a Waldorf school. My concern as a writer is that a setting outside of public education will lead readers to imagine that the book is not relevant to public school practice. Nothing could be further from the truth. The book doesn’t focus on Waldorf methods that are not applicable in public schools. Rather it shows the heart of teaching should be the core of every educational institution.

Entering the world with a habit of seeking wonder, fascination and meaning is essentially the opposite of entering the world with a penchant to do well on tests. The habit of looking out into the world with eagerness, curiosity and a good heart is what we want for our students. Schooling that has academic achievement as its main goal teaches kids to constantly measure themselves, to be focused on their own achievement, to be self-centered. Test oriented schooling says, “It’s all about you. Happiness is a higher score.” Wonder centered education says, “It’s all about exploring an amazing world and the joy of discovering your place in it.”

Years ago I read research that showed that the best way to help a woman do well during childbirth is to show her many videos of women going through labor and delivery. Studying a method is not enough. Similarly, I think showing is more powerful than telling when it comes to sharing the spirit of teaching. A Gift of Wonder shows the weaving of character education with academics. You can read it as an engaging story, or you can read it to pick up the spirit we need to work with children as teachers and as parents.

Excerpt from A Gift of Wonder that shows storytelling as a way to teach history and character How Demosthenes helped William.

Link to Barnwell’s article in The Atlantic.

Written by Kim Allsup for and published by Growing Children ~ September 25, 2018. 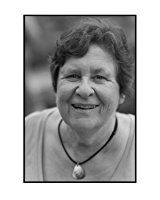 ~ The Author ~
Kim Allsup’s childhood wonder years inspired her first career as an environmentalist and her second career as a Waldorf teacher. She was the founding staff member of the Buzzard Bay Coalition and a founding parent of the Waldorf School of Cape Cod. A graduate of Brown University and Antioch University (M.Ed), she served as a Waldorf class teacher, on Cape Cod and at the Pine Hill Waldorf School, for 22 years. She is currently a writer, an advisor to teachers and a gardening teacher pioneering the use of school sunhouses. She lives on Cape Cod with her husband and blogs at Growing Children.

She is the author of A Gift of Wonder, A True Story Showing School as it Should Be.