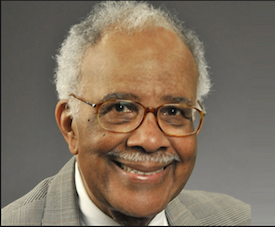 When people think about modern government school education, the name of the God hating John Dewey usually comes to mind. Of course, it is true that Dewey had a lot to do with the overall decline in the quality of government schools. But there are others who joined in the effort to literally destroy the quality of education. In particular, Chester M. Pierce, (1951-2019) who like other leftists was educated at Harvard, was openly filled with hatred against the God ordained role that parents should carry out in teaching their children the values and traditions that made the United States a great and exceptional republic.

It is a role that all leftists, including most government school educators hope to one day abolish. In fact, in “Educating for the New World Order”, Pierce made abundantly clear that his utter hatred for parents in no uncertain terms by writing, “Every child in America who enters school with an allegiance to our Founding Fathers, to our elected officials, toward our institutions, toward the preservation of our form of government, all of this proves the children are sick.”

Chester M. Pierce’s opinion is shared by the overwhelming majority of government school educators on the job indoctrinating American students today. If the chutzpah of Chester M. Pierce’s statement seems rather evil, just hold on; there is more. Pierce expanded further and made it abundantly clear to one and all what his remedy was for what he considered to be this form of“mental illness”. As he put it, on the part of both the parents and their children: “because the truly well individual is one who has rejected all those things that oppose my globalist world view.” So as Pierce and his fellow comrades in the educational/indoctrination community bureaucracy viewed it, it was not their role to help those children lay a solid foundation for success in life. Pierce also believed it was not their job to reinforce the good values which set us apart from every other nation on earth, values like the intrinsic worth of the individual, the importance of our system of constitutionally-limited government, and absolute necessity of allowing people to pursue their own dreams so that they can become the best they can be. 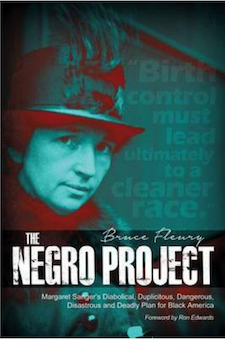 You can find a plethora of information regarding the evil mission of the majority of those who are either directly of indirectly involved in the wicked mission of indoctrinators to literally murder our republic from within via the book, The Negro Project authored by Bruce Fleury.

I know that the average American would tell me to parish the thought, but I am calling for the total abolishment of the current government so-called education system. We must wean our nation away from the institutions that are co-opted by self-important leftist elitists, who do not like us, nor our republic. To allow such madness to continue in it’s present form is simply setting our republic up for a permanent collapse and we will have only ourselves to blame. It is so irritating to know so many “Christians” and so-called “conservatives” who would rather spew vile hatred toward President Trump, because they have deemed him unfit to be president. Not because Trump has committed horrible acts, but because those crybabies cannot handle his personality. The inability of so many individuals to discriminate the crucial differences between right and wrong, while lacking critical thinking skills can be traced directly to the purposefully set up government school system that indoctrinated them.

When one considers that millions of indoctrinated Americans are reproducing through breeding and many more millions of indoctrinated individuals are marching out of government schools every single year, it is easy to understand the self-inflicted clear and present danger we face as a nation. If Americans were properly educated and our morality as a nation was at a higher level, Joe Biden and Kamala Harris would not even be considered for the presidency. In fact, the majority if not all of democrats seeking political office would be rightfully be rejected out of hand. The sands of the hour glass are fast running out in regards to the amount of time “We the People” have before it becomes too late to rescue our beloved republic tuned mob rule democracy, from utter destruction.

What is taught to one generation dictates the direction the nation takes in the following generation. If the current indoctrination process is not stopped and reversed NOW, you can forget about your Unalienable Rights, your good quality of life, or a blessed future for your children and children’s children. But despite the grim possibilities, I believe that through God’s grace America will shake off the ravages of multi-generational government school indoctrination. The republic we save may be our own.

Written by Ron Edwards for News With Views ~ October 9, 2020