When kids are pulled from failing schools, leftists blame the parents of white students. 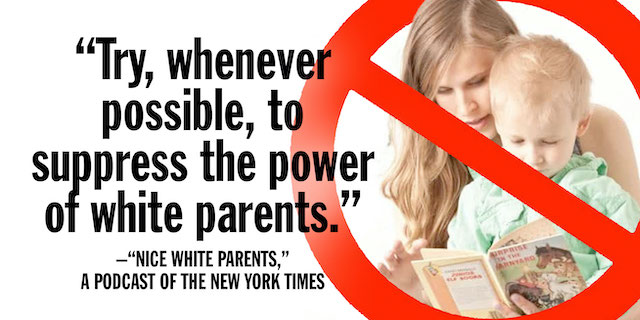 For most parents, the 2019-20 school year was turned completely upside down and inside out thanks to the coronavirus-induced closure of school buildings. Millions of parents who were suddenly out of work themselves gained the added experience of shepherding their children through weeks of virtual school, with teachers doing their best to educate via computer. For some students, it was a welcome distraction they could handle, but for others it detracted from the hands-on classroom experience.

As schools begin the 2020-21 academic year, however, we’re seeing the old adage — “necessity is the mother of invention” — coming true in numerous ways, many of which don’t involve public schools. It’s not just homeschooling or looking for a private school that will open brick-and-mortar classrooms and has available desks. Some creative parents have gathered into “pandemic pods,” essentially hiring a tutor for a small group of three to six children of similar ages and educational backgrounds to continue their schooling for the foreseeable future.

Ridiculously, some leftists are blaming these parents — especially the white and “privileged” ones — for contributing to the demise of public schools. Education policy analyst Mary Clare Amselem alerts us to a New York Times podcast called “Nice White Parents,” where the solution is simple: “Try, whenever possible, to suppress the power of white parents.”

In a nutshell, podcaster Chana Joffe-Walt looks at the troubled history of one public school, arguing that white parents who advocated for the school’s integration ended up sending their children elsewhere due to concerns about the quality of their education. Given the long liberal history of the New York City electorate, this sounds like a classic case of feel-good liberalism forced on the little people who didn’t have the option of sending their children to schools that would better prepare them academically.

Amselem points out, “[Joffe-Walt] contacts several of these parents to scold them for not sending their children to a worse school to serve the larger cause of public education. Some parents note that although they believed in advancing school integration, they perceived this particular school to struggle academically, noting that many students could not read at grade level. … Joffe-Walt chalks up these criticisms to racism, rather than a genuine observation that the school would be a step backward academically for a student functioning at grade level.”

Besides the poor academic results caused in part by a curriculum that’s long on emotional claptrap and short on useful information like phonics, “old” math, and traditional American history, parents are finding that schools are top-heavy with administration and thus slow to adapt to changing needs. On the other hand, homeschooling presents many varied learning options for parents willing to sacrifice to make sure their children are trained up in the way they should go, so they won’t depart from it.

Even the federal government is catching on. Back in the spring, funding was made available as part of the CARES Act. But Senator Rand Paul has introduced the SCHOOL Act, which allows federal money to follow children regardless of the school choice made their parents. The bill is likely to go nowhere given the teachers unions’ stranglehold on majority House Democrats, but the idea is now in the hopper, and perhaps states that value families would be willing to give this proposal a shot. Despite their longstanding fealty to the Democrat Party, black parents are a significant portion of the backing for school choice.

Public schools aren’t going anywhere, but they’re long overdue for reform that makes them more competitive for parents of all colors, not just white.

Written by Michael Swartz for The Patriot Post ~ August 28, 2020