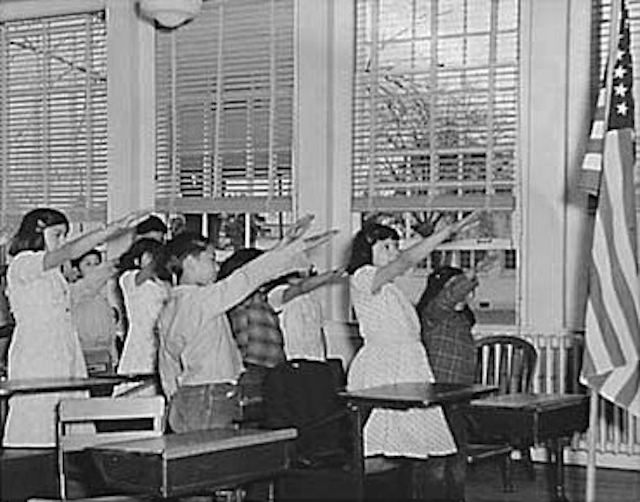 It would be virtually impossible to find a better example of socialism here in the United States than the public schooling systems that exist in every U.S. state. Ironically, it is this socialist system that is primarily responsible for the widespread belief among non-libertarians that “the United States has never been a socialist country,” as New York Times columnist Timothy Egan stated in a recent NYT op-ed. (See my two recent articles “A Life of the Lie on Socialism” and “Socialism in America, 31 Years Ago.”)

Under public schooling, the government owns, operates, controls, and dictates the provision of education in society. In a purely socialist system, like North Korea, this means that every child in the nation is required to receive his education in a government facility.

Things are done differently here in the United States. While everyone is required to subject his children to a state-approved education, there are two additional options that the state permits parents to have: private schools and home-schooling.

It’s worth reminding ourselves though that homeschooling is a relatively new option. Up until the 1980s, the only two options were public schools and private schools. Anyone who insisted on homeschooling his children would be hauled into court and jailed and fined until he complied with the law that required parents to submit their children to either public schools or private schools.

In fact, as late as 1979 state officials in Utah killed a man named John Singer for insisting on homeschooling his children. They called it “resisting arrest” but the killing stemmed from Singer’s refusal to comply with state orders to send his children into the state’s education system.

Even though the state permits these two additional options, most parents choose the public-school option, either because they can’t afford private schools or because home-schooling doesn’t suit them.

Oftentimes, however, private schools end up as mirror images of public schools, either because they are afraid of losing their state-issued license to operate the school or because the teachers and administrators are themselves products of the public-school system.

Whether in Cuba, North Korea, Vietnam, or the United States, the educational system is based on force. Under what are called compulsory attendance laws, parents are required to submit their children to a state-approved education. If they refuse, they are threatened with jail and fines until they comply.

In public schools, everyone, including the teachers, is an employee of the state. The state establishes the curriculum and determines which textbooks are to be used. The entire operation is run in a top-down, command-and-control manner, much like the military.

In fact, public schooling could easily be referred to as “army-lite,” given that the students are there as a result of compulsion and are receiving a government-approved education. Moreover, the core features of public schools are regimentation, deference to authority, and obedience to orders, just like in the military.

The worst part of public schooling is what it does to children’s minds. From birth to six years of age, children are wide-eyed and curious about life and the universe. They absorb everything they see and experience life with a sense of awe and wonder. When they learn to talk, they inevitably bedevil their parents with endless repetitions of that three-letter word, “Why?”

By the time they end their 12-year sentence in public schools, all of that has been smashed out of them. They have learned to memorize and regurgitate but they have lost the natural love of learning that characterized them before they were forced into the state’s educational system. Oftentimes, it takes people many years before they find themselves in life, if they ever do.

This is where the indoctrination takes place. Day after day, American students are ingrained with the notion that they live in a free country, one based on a “free-enterprise” system. Every day, they pledge allegiance to a nation which has “freedom and justice for all.” As an aside, I can’t help but wonder how many graduates of America’s public schools know that the Pledge of Allegiance, which many of them still loyally recite as adults, was written by a self-avowed socialist named Francis Bellamy.

By the time students graduate from this socialist educational system, they are totally convinced that America has never been a socialist country and will never become one. Their life of the lie and their denial of reality demonstrate that horrible “success” of public schooling.

That raises one of the distinguishing characteristics of us libertarians: We have succeeded in breaking through the years of state indoctrination. That enables us to recognize socialism when we see it. We favor an educational system based on liberty, free markets, and parental control — that is, one that separates school and state

Written by Jacob G. Hornberger for The Future of Freedom Foundation ~ February 14, 2020