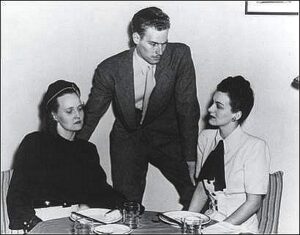 Heston and his wife Lydia

Earlier, I watched “The Ten Commandments” on television. That was always an Easter tradition in my family. I was remembering stories I’ve heard about Charlton Heston and his connection to Asheville. John Charles Carter (1923-2008), as he was born, and his wife Lydia Clarke (1923-2018), were married in Greensboro, NC in 1944. (I suspect she was a student at either Women’s College or Greensboro College, but I don’t know that for a fact.) After his service in the Army Air Corps (Air Force) during WW II, they were living in New York, attempting to find work as professional actors. In January, 1947, they were hired to manage the newly founded Asheville Community Theatre here in Asheville. They lived at what is now Beaufort House, a Victorian home on Liberty Street that’s 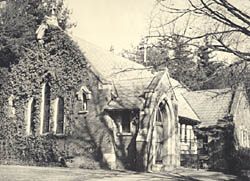 now an inn, and they attended church at St. Mary’s on Charlotte Street (Grace Kelly attended church there, too, when she was in Asheville for a film). They were paid the princely sum of $100 a week. They had no car, but one of the perks, as I understand it, is that a young teenage fellow named Alfred Nathaniel “Al” Salley would chauffeur them around in his parents’ car. (My friend Al Salley told me about this himself. Perhaps his daughter Jo Salley Chandler remembers more.) In those days, Asheville Community Theatre presented plays in the roof garden of the Langren Hotel. One of the plays they produced and directed was “The Glass Menagerie,” the first amateur performance of the Tennessee Williams play ever. 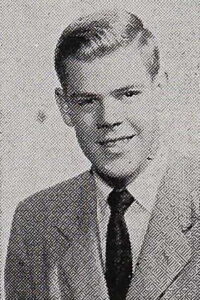 Back in 1992, Mr. and Mrs. Heston returned to Asheville for the 45th anniversary of ACT. They presented a play called “Love Letters,” here, in the auditorium of ACT, which was renamed in their honor at the time the Heston Auditorium, as a fund raiser for the theatre company. It was a lovely two person play about a couple’s love which had lasted through decades, even as theirs had. (They were married in 1944, and still married when he passed away in 2008.) My mother and I went to see the play, 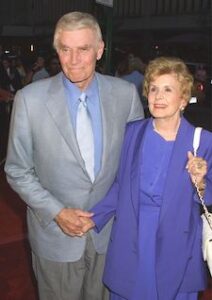 and met the Hestons at the reception that followed. I remember as we were walking away after we’d met them in the receiving line, I leaned over to my mother and whispered, “We’ve just shaken hands with MOSES!” And Mama said “Well, he leaned over and kissed me on the cheek!” Compared to more modern films, with their dramatic special effects, 1956’s “The Ten Commandments” might seem a bit primitive. Still, I think there’s a great deal of power in the film, the message, and history. And Mr. and Mrs. Heston were of a much different era in Hollywood than the present time, when the glamour of “movie stars” was still sometimes coupled with people who led lives dedicated to Christian ideals, and gave back to the communities that had helped them rise to fame. We were truly blessed to meet them, and to have them come back to Asheville.