… but it was not about slavery! 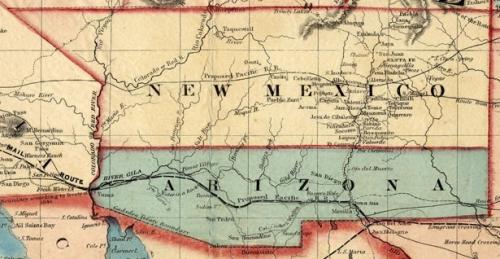 During the war, the Confederate States of America established an entity called the Arizona Territory, which had different boundaries from modern Arizona. Since 1856, settlers in southern New Mexico Territory had sought to split off and organize their own territorial government. Their aspiration got caught up in the growing sectional tensions of the late 1850s and the belief in the U.S. Congress that the impetus to divide New Mexico Territory into two separate northern and southern territories was that the settlers hoped to expand slavery into the southern portion.

The Ordinance of Secession, creating the Arizona Territory and announcing its intention to join the Confederacy, passed in a convention in Mesilla on March 16, 1861, and a second convention at Tucson on March 28, 1861.

Unique among the secession justifications, slavery was not an explicit issue in this document. Despite a statement complaining of the rise of the Republican party in the North and how it “has disregarded the Constitution of the United States, violated the rights of the Southern States, and heaped wrongs and indignities upon their people,” the Arizona Ordinance of Secession never once mentioned the word “slave” or its variations and its specific reasons for secession instead reflect the problems of settlers in a region in which the American imprint was growing but still limited.

Yet except for language expressing solidarity with the slave states, the specific grievances of the Arizona Ordinance of Secession instead reflected the complaints of frontier settlers–not slaveholders. Congress recently had halted mail service along the stage line linking southern New Mexico territory with the rest of the country. The Arizona Ordinance stated, “That the recent enactment of the Federal Congress, removing the mail service from the Atlantic to the Pacific States from the Southern to the Central or Northern route, is another powerful reason for us to ask the Southern Confederate States of America for a continuation of the postal service over the Butterfield or El Paso route, at the earliest period.” The settlers also were angry at the failure of federal troops to halt Apache Indian raids directed at them. The Ordinance exclaimed, “the Government of the United States has heretofore failed to give us adequate protection against the savages within our midst and has denied us an administration of the laws, and that security for life, liberty, and property which is due from all governments to the people.”

WHEREAS, a sectional party of the North has disregarded the Constitution of the United States, violated the rights of the Southern States, and heaped wrongs and indignities upon their people; and

WHEREAS, the Government of the United States has heretofore failed to give us adequate protection against the savages within our midst and has denied us an administration of the laws, and that security for life, liberty, and property which is due from all governments to the people; and

WHEREAS, it is an inherent, inalienable right in all people to modify, alter, or abolish their form of government whenever it fails in the legitimate objects of its institution, or when it is subversive thereof; and

WHEREAS, in a government of federated, sovereign States, each State has a right to withdraw from the confederacy whenever the treaty by which the league is formed, is broken; and

WHEREAS, the Territories belonging to said league in common should be divided when the league is broken, and should be attached to the separating States according to their geographical position and political identity; and

WHEREAS, Arizona naturally belongs to the Confederate States of America (who have rightfully and lawfully withdra

wn from said league), both geographically and politically, by ties of a common interest and a common cause; and WHEREAS we, the citizens of that part of New Mexico called Arizona, in the present distracted state of political affairs between the North and the South, deem it our duty as citizens of the United States to make known our opinions and intentions; therefore be it…

RESOLVED, That our feelings and interests are with the Southern States , and that although we deplore the division of the Union, yet we cordially indorse (sic) the course pursued by the seceded Southern States.

RESOLVED, That geographically and naturally we are bound to the South, and to her we look for protection; and as the Southern States have formed a Confederacy, it is our earnest desire to be attached to that Confederacy as a Territory.

RESOLVED, That we do not desire to be attached as a Territory to any State seceding separately from the Union, but to and under the protection of a Confederacy of the Southern States.

RESOLVED, That the recent enactment of the Federal Congress, removing the mail service from the Atlantic to the Pacific States from the Southern to the Central or Northern route, is another powerful reason for us to ask the Southern Confederate States of America for a continuation of the postal service over the Butterfield or El Paso route, at the earliest period.

RESOLVED, That it shall be the duty of the President of this Convention to order an election for a delegate to the Congress of the Confederate States of America, when he is informed that the States composing said Confederacy have ordered an election for members of Congress.

RESOLVED, That we will not recognize the present Black Republican Administration, (that is not in reference to race-Lani) and that we will resist any officers appointed to this Territory by said Administration with whatever means in our power.

RESOLVED, That the citizens residing in the western portion of this Territory are invited to join us in this movement.

RESOLVED, That the proceedings of this Convention be published in the Mesilla Times, and that a copy thereof be forwarded to the President of the Congress of the Confederate States of America, with the request that the same be laid before Congress.”

PASSED BY THE PEOPLE OF ARIZONA IN CONVENTION ASSEMBLED AT LAMESILLA, ARIZONA TERRITORY, 16 MARCH 1861

What follows shows Lincoln was no anti-slavery President 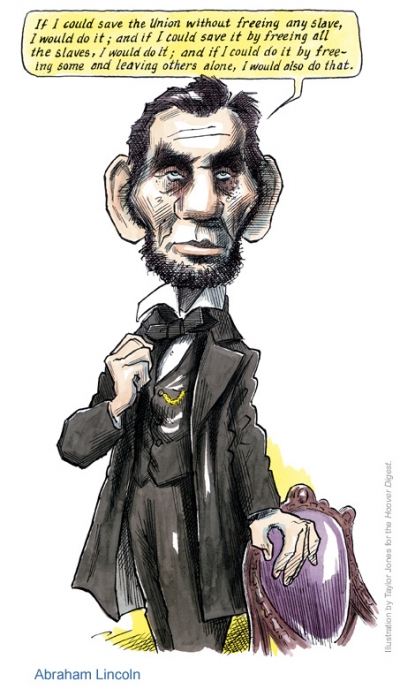 The Arizona Organic Act of 1863 was passed and signed by Lincoln after the Emancipation Proclamation had been signed.

Did you see why slavery was not abolished completely because of silver… So where is the Emancipator?

The Arizona Organic Act was an organic act passed in the United States federal law introduced as H.R. 357 in the second session of the 37th U.S. Congress on March 12, 1862, by Rep. James M. Ashley of Ohio. The Act provided for the creation of the Arizona Territory by the division of the New Mexico Territory into two territories, along the current boundary between New Mexico and Arizona. On February 24, 1863, President Abraham Lincoln signed the bill once it had been approved by Congress. The bill established a provisional government for the new territory. It abolished slavery in the new Arizona Territory, but did not abolish it in the portion that remained the New Mexico Territory. During the 1850s, Congress had resisted a demand for Arizona statehood because of a well-grounded fear that it would become a slave state.

According to Marshall Trimble, the official historian of Arizona, the Arizona Organic Act can be traced to the Northwest Ordinance. Business people from Ohio had silver mining interests in the Arizona Territory, and they took their request for Arizona territorial status to Congress. The U.S. Civil War was occurring at the time, and the Union needed silver, which Trimble explains as being one of the main reasons for passage of the Act.

The New Mexico Territory had a long history of enslavement of Native American people, first by each other and later by Hispanic settlers (cf. Genízaros). Although in 1860 there were relatively few Negro slaves in New Mexico, the legislature formally approved of slavery shortly before the Civil War.

NOTE: The above was drawn from numerous sources and commentaries. ~ Ed.