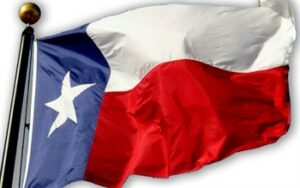 Texas state law forbids public schools from working with abortion providers such as Planned Parenthood to present explicit sex-ed curriculum, but Austin Independent School District cooperated with Canadian-based Alberta Health Services – and yet claimed it did no such thing.

According to Texas Values, the conservative group presented an open records request after Austin schools told the media that Alberta’s sex-ed lessons were obtained online for free, hence there were no agreement with the abortion provider nor any “legal concerns” about violating the state law.

The school district’s director of academics, Kathy Ryan, made that claim to the Austin Statesman newspaper late last year during heated arguments over implementing the controversial sex-ed lessons.

Yet emails obtained by Texas Values revealed that a school librarian contacted Alberta last October in order to work out an agreement to use the copyrighted materials in classrooms.

“Any first-year law student could tell you that a formal agreement is a contract,” remarks Texas Values spokesperson Mary Elizabeth Castle.

Castle and Texas Values say Stella Bromley, a professional resource librarian, was informed by Alberta the school district must sign an agreement form.

The state law, Castle says, meant that Planned Parenthood was unable to put its “Get Real” sex-ed materials in front of students. The materials from Alberta are equally explicit, she says.

Austin is famously known as a far-left bastion in the “red” state of Texas, and Texas Values often clashes with Austin’s leaders.

The group most recently confronted school district leaders after a drag queen read to elementary school students despite a criminal conviction, OneNewsNow reported last month. An open records request over that issue revealed that a Blackshear Elementry librarian allowed drag queen David Richardson to participate even though Richardson said via email he expected to fail a background check for a prostitution conviction.

The worst part of the deception, Castle tells OneNewsNow, is that parents were deceived.

“For a long time, the district employees had conveyed to the parents that they basically got these materials off the website without having really any communication, or any formal agreement, with the abortion provider, but as the open records request revealed, they actually did have a formal agreement.“

RELATED: CA set to debate if parents deserve to be kept clueless
A mother who fought a public school’s efforts to hide sex-ed materials from her is spreading the word about legislation that gives parents more authority… (Continue to full article)

Written by Bob Kellogg and Billy Davis for One News NOW ~ January 3, 2020