Lee’s letter to his wife, in response to a speech given by then President Pierce, dated December 27, 1856.

I was much pleased the with President’s message. His views of the systematic and progressive efforts of certain people at the North to interfere with and change the domestic institutions of the South are truthfully and faithfully expressed. The consequences of their plans and purposes are also clearly set forth. These people must be aware that their object is both unlawful and foreign to them and to their duty, and that this institution, for which they are irresponsible and non-accountable, can only be changed by them through the agency of a civil and servile war.

There are few, I believe, in this enlightened age, who will not acknowledge that slavery as an institution is a moral and political evil. It is idle to expatiate on its disadvantages. I think it is a greater evil to the white than to the colored race. While my feelings are strongly enlisted in behalf of the latter, my sympathies are more deeply engaged for the former.

The blacks are immeasurably better off here than in Africa, morally, physically, and socially. The painful discipline they are undergoing is necessary for their further instruction as a race, and will prepare them, I hope, for better things. How long their servitude may be necessary is known and ordered by a merciful Providence. Their emancipation will sooner result from the mild and melting influences of Christianity than from the storm and tempest of fiery controversy. This influence, though slow, is sure. The doctrines and miracles of our Saviour have required nearly two thousand years to convert but a small portion of the human race, and even among Christian nations what gross errors still exist! While we see the course of the final abolition of human slavery is still onward, and give it the aid of our prayers, let us leave the progress as well as the results in the hands of Him who, chooses to work by slow influences, and with whom a thousand years are but as a single day. Although the abolitionist must know this, must know that he has neither the right not the power of operating, except by moral means; that to benefit the slave he must not excite angry feelings in the master; that, although he may not approve the mode by which Providence accomplishes its purpose, the results will be the same; and that the reason he gives for interference in matters he has no concern with, holds good for every kind of interference with our neighbor, still, I fear he will persevere in his evil course. . . . Is it not strange that the descendants of those Pilgrim Fathers who crossed the Atlantic to preserve their own freedom have always proved the most intolerant of the spiritual liberty of others?

~ Postlogue ~
The evidence cited in favor of the claim that Lee opposed slavery included his direct statements and his actions before and during the war, including Lee’s support of the work by his wife and her mother to liberate slaves and fund their move to Liberia, the success of his wife and daughter in setting up an illegal school for slaves on the Arlington plantation, the freeing of Custis’ slaves in 1862, and, as the Confederacy’s position in the war became desperate, his petitioning slaveholders in 1864–65 to allow slaves to volunteer for the Army with manumission offered as a reward for outstanding service. 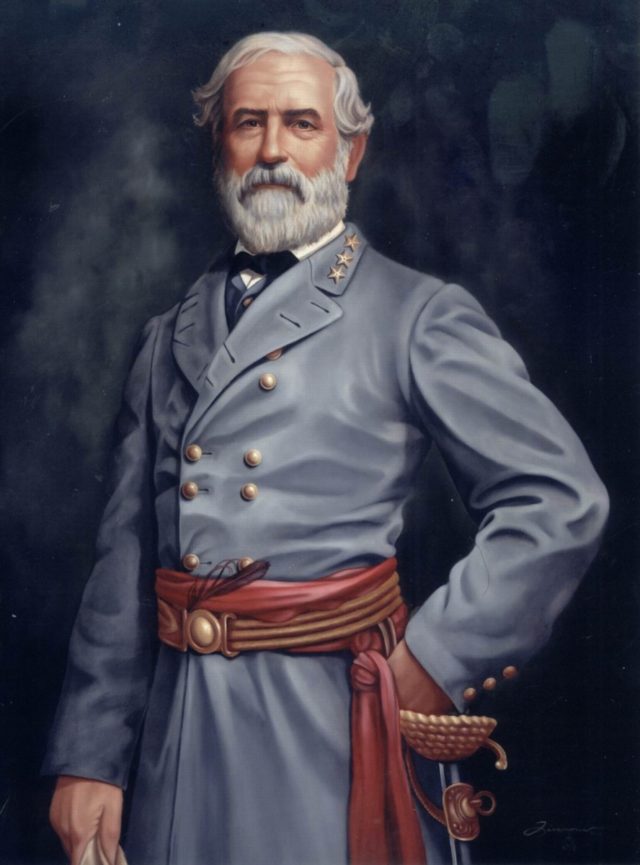 This preceding letter was the prevailing view among most religious people of Lee’s class in the border states. They believed that slavery existed because God willed it and they thought it would end when God so ruled. The time and the means were not theirs to decide, conscious though they were of the ill-effects of Negro slavery on both races. Lee shared these convictions of his neighbors without having come in contact with the worst evils of African bondage. He spent no considerable time in any state south of Virginia from the day he left Fort Pulaski in 1831 until he went to Texas in 1856. All his reflective years had been passed in the North or in the border states. He had never been among the blacks on a cotton or rice plantation. At Arlington, the servants had been notoriously indolent, their master’s master. Lee, in short, was only acquainted with slavery at its best, and he judged it accordingly. At the same time, he was under no illusion regarding the aims of the Abolitionists or the effect of their agitation.