For many progressives, the issue is clear: Americans hold conflicting views about what it means to be American; something must change lest the nation be torn asunder; inaction can trigger a massive civil war. Of course, history is neither as deterministic nor as simplistic as the left makes it out to be. 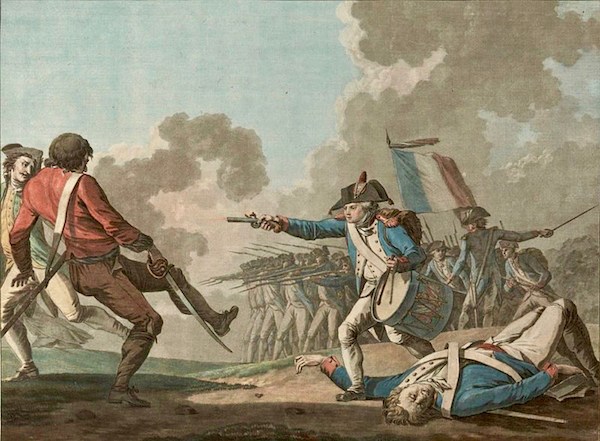 The influential left-leaning magazine The Atlantic just released a special issue highlighting America’s polarization.[1] It is meant to shock a deeply divided nation struggling to stay together. “How to Stop a Civil War” is the menacing cover story. “How America Ends” is yet another ominous title among others that analyze the nation’s grave internal crisis.

The message of the issue is clear: Americans hold conflicting views about what it means to be American. Something must change lest the nation be torn asunder. Inaction can trigger a massive civil war.

The dramatic presentation of the December 2019 issue promises to “stop a civil war” for those looking for a way out of the coming apocalypse.

Shattered Hopes
Indeed, those looking for a way out will be disappointed. The featured essays present nothing new in the search for consensus. The left never changes its message; it recycles it mercilessly.

Like so many other progressives, The Atlantic seeks to frame the debate in the left’s own image and likeness. While the writers may not be explicit Marxists, their narratives are typical Marxist boilerplate designed to create tension and friction and advance class struggle.

This kind of discussion is what is not needed in today’s polarized climate. Indeed, these dangerous narratives do not seek solutions but surrenders. The fallacies of these recycled narratives need to be unmasked since these distorted views are shared by so many following the progressive agenda.

The Progress of History
The first narrative is the Marxist notion of the progress of history found in the magazine’s pages. The left believes that history will always move forward toward ever more radical forms of equality and freedom. Thus, the past “gains” of the sexual revolution and the progressive agenda are irrevocable and irreversible. Those who fail to see this truth are irredeemable and, yes, even deplorable.

Thus, the article, “How America Ends” laments the fact that as history progresses, many resent the changes.[2] “Democracy depends on the consent of the losers,” writes author Yoni Applebaum. Losers must accept the results, adjust their ideas, and move on. However, the present losers happen to be conservatives, who have won election after election and enacted heartbeat after heartbeat bill. They refuse to play along with the march of history in the face of more recent setbacks. Thus, they are told that they threaten the future of American democracy.

By framing the debate in terms of the march of history, The Atlantic issue reflects the left’s obsession for historical determinism.[3] Its writers reduce everything to irrevocable historical processes. The whole debate is simplified as the plight of a “historically dominant group [that] is on its way to becoming a political minority.”

Even civility should be sacrificed in the name of historical process. Adam Serwer claims that civility is often used as a way to hinder the progress of those fighting for their rights. To him, reconciliation must be rejected as another word for surrender. Dr. Applebaum’s claim that democracy depends on the consent of the losers seems to depend on who is losing.

Of course, history is neither deterministic nor simplistic. Nothing happens by fate. The annals of history are full of processes that were stalled or reversed. The magazine writers fail to acknowledge, for example, the spectacular failures of socialism, which was relegated to the dustbin of history, only to be resurrected by unwary millennials.

The New Class Struggle
The second narrative is a re-scripting of the class struggle fiction. This dangerous tactic never changes. The rich versus poor struggle is cut and pasted with racial conflict characters. The right is turned into a white ethno-minority threatened by the new oppressed “multi-cultural majority.” Thus, the Republican Party is caricatured into a racist tool that defends white power structures. This vision sees the future in demographic terms—which again, the authors affirm, assures the doom of the conservative cause as white population share diminishes.

From this class struggle perspective, all voters, regardless of their positions, are reduced to their racial identity. All white voters are assigned a toxic ideology that fits the new class struggle narrative of white supremacism. The 63 million Americans (yes, from all races and ethnic groups) who voted for Mr. Trump in 2016 are cast as desperate ethno-nationalists who “charged the cockpit” (the White House), Flight 93-like, to regain control of their destiny.

For the left, no one voted for Mr. Trump in 2016 for these reasons. For the left, Trump voters are not who they truly were, but who the left says they were. They must be forced into the left’s sinister narrative.

Avoiding Moral Issues at all Costs
The Atlantic December 2019 issue is a demonstration of how the left always strives to frame the debate. By forcing people to play racial roles, they cannot change, people can be inserted into struggles over which they have no control. This framing fits with the left’s fantasy that social or economic structures determine behavior, thus absolving individuals from responsibility.

That is why the left avoids moral issues at all costs. Moral issues involve the free will of people that can change the course of history for better or worse. Moral issues involve judgments of good and evil, right and wrong, that have consequences. People assume the results of their acts, be they good or bad. They are truly free.

Breaking Out of the Marxist Box
To fight the left, one must break out of the box of tired Marxist narratives. It is time to refuse to be placed into the left’s re-scripted class struggle categories. All Americans should be free to debate the nation’s future as rational individuals and not members of pre-determined classes.

The best way to break out is to debate the moral issues that the left avoids. The moral law corresponds to human nature and provides for the best possibilities of happiness in this vale of tears. These issues touch on the most sensitive chords that move people to action. Indeed, whenever conservatives have presented moral issues energetically, they prove to be effective means to fight America’s Culture War and even win elections. When these issues are abandoned, it often leads to defeat. In addition, as guardian of the moral law, the Catholic Church has much to contribute to this conversation.

The debate for America’s future is too important to be left in the hands of progressive zealots. Their socialist ideologies have already destroyed far too many peoples. The best way to avoid a civil war is to return the debate to the moral sphere where it belongs. To do anything else increases risks for America.

The featured image is The Darruder Drum Avenging His Father Shot by the Vendeans, Battle of Fougeres, November 1793, (c. 1794) by Swebach-Desfontaine (1769-1823), courtesy of Wikimedia Commons.

Written by John Horvat for The Imaginative Conservative ~ December 8, 2019