“Dirty Jobs” host Mike Rowe said in a Thursday interview that the death of shop class is to blame for the country’s $1.6 trillion in student loan debt. 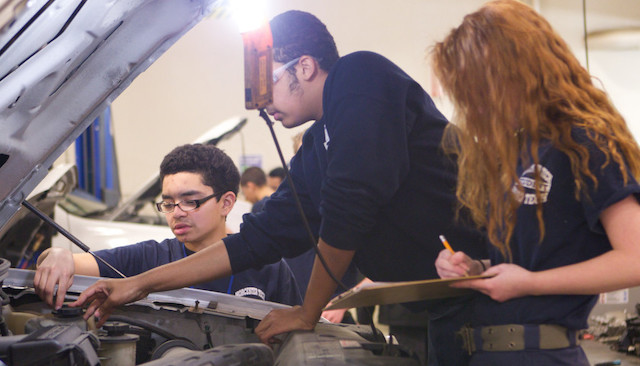 Rowe joined Stuart Varney on Fox Business to discuss his new book, The Way I Heard It, and was asked why there are “seven million unfilled jobs in our country.”

“Are we just not training people for these jobs? Is that the problem here?” asked Varney.

“It’s not just that. It’s that we have unintendedly maligned an entire section of our workforce by promoting one form of education, in my opinion, at the expense of all of the other forms. Forty years ago, college needed a PR campaign. We needed more people to get into ‘higher’ education, but when we gave the big push for college back in the ‘70s, we did it at the expense of alternative education,” Rowe replied.

He said that the country’s leaders told students if they didn’t get a degree, then they would “wind up turning a wrench.”

“We’re just disconnected. We’re rewarding behavior we should be discouraging. We’re lending money we don’t have to kids who are never going to be able to pay it back to train them for jobs that don’t exist anymore. That’s nuts,” Rowe concluded.

Another Fox News regular, actor John Ratzenberger, said in an August interview that the removal of shop classes from public schools forces people to rely on the government.

“They also canceled shop classes about 30 years ago,” he said at the time. “Just wiped them out. And, who knows, maybe it was political because if you don’t give people skills they have to rely on the government. But if you give them skills, they don’t need the government.”

Written by Anthony Gockowski for The Tennessee Star ~ November 8, 2019

1 thought on “Mike Rowe Says Death of Shop Class Is Why Country Has $1.6 Trillion in Student Debt”