The following was reported over five years ago, but what has changed within the public and private school system in America has grown tragically worse than the following report. ~ Ed. 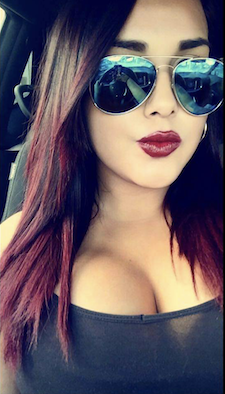 Education: For a parent, the headline couldn’t be more alarming: “Teacher of the Year accused of molesting student, charged with 5 felonies.” It’s a story that, tragically, is all too common — and all too underreported. Why?

We’ve all heard of the Catholic Church child abuse scandal that’s still regularly covered, 20 to 40 years after much of the abuse took place. It too was tragic, and acknowledged as such by the church, which has taken action to prevent its ever happening again.

The same can’t be said of unionized public education — where child abuse appears to be rampant, often with little done about it and with teachers unions largely silent. It gets little national media attention — certainly not on the scale that the church scandal did. (NOTE: The image to the left is of Alexandria Vera, the 24 year old teacher who was impregnated by a 13 year old student. ~ Ed.)

In the above-mentioned case, highlighted in an education news site this week, there might be a hint as to why: The teacher facing criminal charges for having sex with a student was a “union-selected 2014 North Dakota Teacher of the Year.” He’s on paid administrative leave.

We can’t say this teacher is guilty. We can say, sadly, it’s a story that’s become distressingly familiar.

Yet virtually no sense of urgency is behind it.

And of the little media coverage, it’s mostly local.

According to Pennsylvania Sen. Pat Toomey, 275 U.S. teachers have been accused of abuse since Jan. 1. And that’s only those who’ve been accused. By comparison, the Catholic League estimates seven credible sexual abuse cases each year for 40,000 priests.

The most widely cited study available, conducted in 2004 by the U.S. Education Department, estimated that 1-in-10 students will be sexually abused by a teacher during their years in school. One-in-10.

A February 2012 Slate.com article asked: “How many kids are sexually abused by their teachers?” The alarming answer: “Probably millions.” It’s an epidemic.

If so, why the silence? For one, teachers unions don’t want the truth to complicate contract talks and tarnish teachers’ carefully cultivated image with the public. Administrators say it’s almost impossible to fire a teacher.

Toomey is pushing a bill — the Protecting Students from Sexual and Violent Predators Act — that would require states that get federal funds to do a background check on anyone who has access to children.

It’s a good bill that passed the House unanimously. But it stands little chance of getting through the Democrat-led Senate and to President Obama’s desk, because it’s opposed by the teachers unions that call their tune.

Since politicians won’t do it, average Americans must. It’s time to hold teachers, unions and the media accountable for letting these predators ruin young lives.

Written for and published by Investor’s Business Daily ~ August 24, 2014