Editor’s NOTE: The following was written and published during the Christmas season of 2015 and therefore it begins with that reference, but think beyond this… and think of how all of this affects our children in the public school system. Things need to change. ~ Ed. 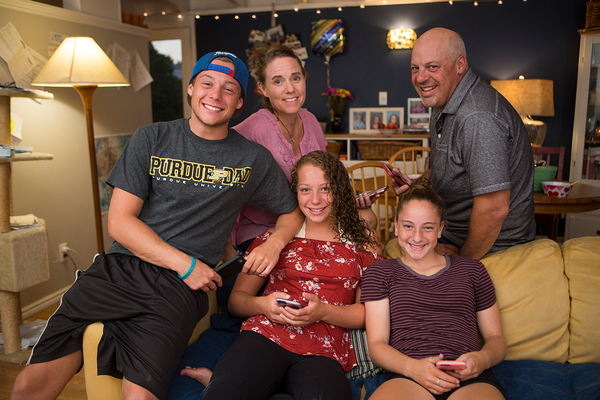 In addition to being viewed as a season of religious devotion, Christmas has also become a time of family traditions and togetherness.

But will those traditions and togetherness continue if the American family disappears?

According to a Pew Research Center report, there has been a 20 percentage point drop in two-parent families in the last 50 years: 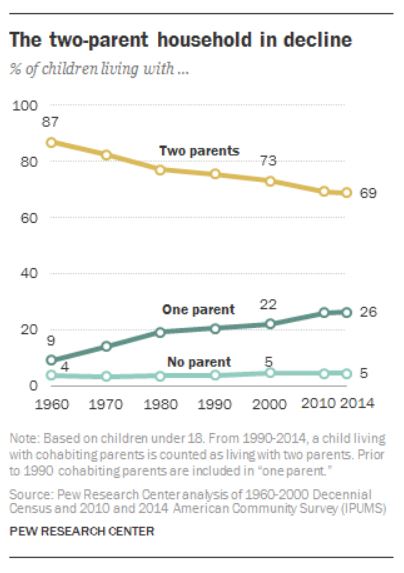 That two-parent households are at an all-time low should give cause for concern, particularly since children growing up in divorced or cohabitating homes are more at risk for:

Today we’re told that it doesn’t matter what type of lifestyle we choose as long as it makes us happy. As a result, many have chosen to abandon the idea of a lifelong committed marriage in which to raise children. But given the many documented problems which such a choice brings, can we honestly say that such a choice is wise, or even brings happiness? Should Americans once again embrace the value of the two-parent family?

Written by Annie Holmquist and published by Intellectual Takeout ~ December 21, 2015