…the story (and truth) continue to unfold! 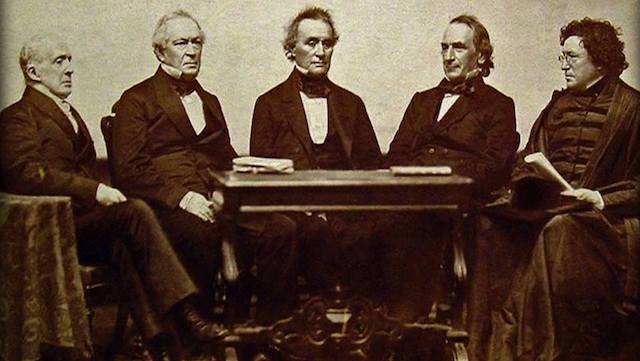 Photo: Harvard University founders and donors who were involved in the African slave trade

The North has blamed and slandered the South for the African slaves in the country and it is a LIE. You NEED to be armed with the truths of history and the truth is those people LOVED the money they made in the African slave trade and built Northern institutions with their money.

The slave trade carried on by the North became also the theme of much sharp discussion in the Convention. The North was not disposed, of course, to give it up, but with the South it had become an intolerable grievance.

They had long and earnestly protested against it…their minds were now made up to break with the North rather than submit further to this traffic. The North then demanded compensation for the loss of this very thriving trade, and the South readily conceded it by granting them the monopoly of the coasting and carrying trade against all foreign tonnage. In this way it was settled that the Slave Trade should be abolished after 1808.

Without this important clause, the South would never have consented to enter into a Confederacy with the North.

The Federal Constitution, with these essential clauses, having passed into operation, it became, henceforth, a certainty that the Slave Trade would finally expire in the United States at the close of 1808.

This left it still a duration of nineteen years, and the North seemed determined to reap the utmost possible advantage from the time remaining. The Duke de Rochefoucault-Liancourt, in his work on the United States, 1795, states that “twenty vessels from the harbors of the North are engaged in the importation of slaves into Georgia; they ship one negro for every ton burden.” Thus we see, that while New England was vigorously engaged in buying and selling negro slaves, Virginia, on the other hand, was steadfastly pursuing her theory of manumission.” ~ Diary Of The War For Separation ~ HCW Clarke, 1862