Money matters, but not if it’s simply tossed into a dysfunctional district. 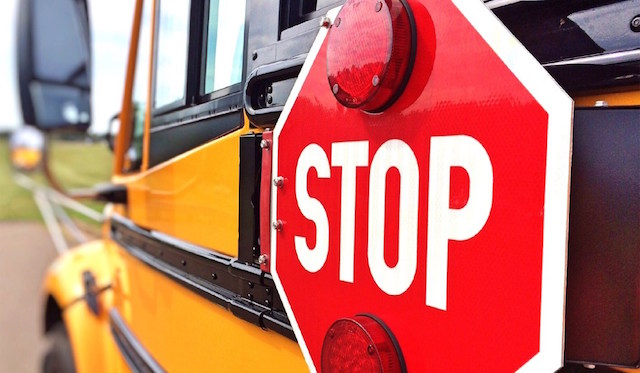 Last month, researchers from Johns Hopkins University published a heartbreaking study describing the conditions of public schools in Providence, R.I. The report contained a laundry list of problems that plague America’s public schools, such as the inability to fire bad teachers and discipline unruly students, and the need for massive reams of bureaucratic paperwork to get anything done at all.

Here’s what wasn’t a problem: lack of funding. Providence spends $17,192 per pupil every year.

But to hear progressive politicians and advocates tell of it, insufficient spending is the only problem with public education. For example, in his “Thurgood Marshall Plan,” presidential candidate Bernie Sanders declared that schools have seen “savage” budget cuts, teachers are paid “starvation wages,” and schoolhouses are “crumbling.”

This could not be further from the truth. The fact is that America spends more on education than any other major developed nation. In 2015, the latest year for which Organization for Economic Cooperation and Development data is available, the United States spent a combined $12,800 on primary and secondary education, significantly higher than Germany ($11,100), France ($10,000), Italy ($9,100), and Spain ($8,300).

American education spending has risen steadily and dramatically for decades, nearly tripling from 1966 to 2016 after adjusting for inflation. Although education spending took a hit during the Great Recession, it has been climbing steadily over the past five years and is at an all-time high in most states.

Despite the substantial increase in spending, there are still some schools – like those described in the Providence report – that are in rough physical shape. But they are the exception, not the rule. Even among schools serving a high share of students in poverty, only 4 percent are rated to be in poor shape. What’s more, contrary to stories of overcrowded classrooms, schools have been getting ever more spacious. Between 1995 and 2014, space increased by 30 square feet per high-school student (a 20 percent increase), 45 square feet per middle-school student (35 percent), and 80 square feet per elementary-school student (74 percent).

And although teachers in some states have ample cause to be unhappy about their paychecks, teachers are not – by and large – underpaid. Democratic presidential candidates such as Kamala Harris have touted a report from the Economic Policy Institute claiming that teachers are “underpaid” by 21 percent. But Andrew Biggs and Jason Richwine have noted that by the same methodology, which considers educational attainment but ignores supply and demand, aerospace engineers are “overpaid” by 38 percent and telemarketers are “underpaid” by 25 percent.

However, teachers have a legitimate gripe that ever-expanding taxpayer largesse has not made its way proportionally into their paychecks. Professor Ben Scafidi has noted the rise in non-teaching staff, and calculated that if the share of non-teachers to students had stayed constant from 1992 to 2014, the money saved could have provided every American teacher with an additional $11,128 in compensation.

School-spending advocates also peddle the narrative that public-school financing is regressive. For example, former vice president Joe Biden has pointed to a report by EdBuild claiming that there is a $23 billion gap between school districts that serve predominantly white students and districts that serve predominantly minority students. But that study excludes the nearly $60 billion spent on American schools by the federal government, much of which goes to districts serving high concentrations of low-income students (which are disproportionately minority).

According to a 2008 Tax Policy Center study, per-pupil spending has effectively been equalized by race within states. And according to a 2017 Urban Institute study, states spend approximately the same on poor and non-poor students. There is substantial variation in spending across states, but these differences are not correlated with differences in student achievement.

That’s not to say that money doesn’t matter at all in education. Indeed, recent, rigorous studies have overturned the conventional wisdom that increasing spending makes no difference. But as the Providence report shows us, a great deal of money can amount to very little if it’s simply tossed into a dysfunctional district.

Politicians are taking the easy way out by speaking only of spending. For the sake of America’s students, it’s time to turn our attention to devising policy solutions, not further cash infusions, to address the problems plaguing public education.