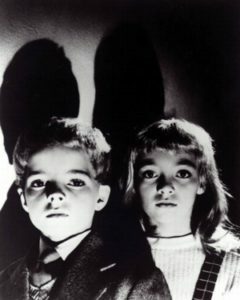 Today, I read an excellent article by Justin Spears via the Foundation for Economic Education. I would urge concerned parents to check it out.

Mr. Spears starts out with: “In the first part of this article set, my colleague Mike Margeson spelled out the historical roots of the American schooling system. He clearly laid out the blueprint that men like Horace Mann used to build a system that does anything but ‘educates’.” What he is saying here is that Unitarian Horace Mann provided this country with an “educational system” that was, essentially worthless! Seeing that Mann’s main intent was not to educate but to downplay the influence of Christian schools in this country, I am not surprised. Mann has a reputation as an inventive educator that is not deserved.

And Mr. Spears continued: “In what was one of many fiery speaking engagements, the late John Taylor Gatto delivered a line that has resonated with me as I have studied the effects the public schooling system has on children. In this particular speech, Gatto was recounting the story of Jaime Escalante, the educator who successfully taught calculus at Garfield High School in Los Angeles yet was forced to resign. As he finishes describing the trials and fate of Escalante, Gatto explains that above racism and other forms of bigotry is the embedded idea that what really occurred was a deliberate attempt to stop genuine learning: Earlier in the speech Gatto laid out a compelling case of how and why schooling is meant to keep citizens ignorant. This success at an inner city school was not going to be tolerated by the establishment. He implored his listeners to understand the real problem and to quit ‘fencing with shadows’.”

In other words, people needed to get over the naïve idea that throwing millions in public money at public schools was ever going to do any good. All that ever did was to make a bad problem even worse!

Noted by Mr. Spears was the fact that: “Contrary to what those in public education will tell you, the system is flush with cash, which generates very few positive results.” Mr. Spears notes that, in 2019, after all the money that has been spent of public education, …we are still seeing such horrific results in our schools…The answer is much simpler than it has been made out to be. The system is broken. There is no remedy to fix this system. It is fundamentally flawed. The famous saying that you cannot fix a problem with the same mind that created it rings so true. So if reform will not work, what are we to do?”

Again, the answer to this is so simple the educational establishment hopes you never figure it out. You simply need to unschool! He notes that there are several methods to accomplish the task of unschooling, and one of them is homeschooling. This does not mean that you never educate your kids or teach them anything. It means that you do not do it the way the public schools claim to be trying to do it. You, especially if you are a Christian, need to get your kids out of the public school system–a system that has been engineered to keep them ignorant–and they are especially being kept ignorant of their real history and heritage, which is one of the main agendas of public education in our day.

If there is no real way to reform this broken system then it needs to be separated from, seceded from, if you will. Lots of folks don’t want to hear this. They need to. They need to begin to realize what is happening to their kids while they are in public schools–and what’s happening to them ain’t good!

If you can, check our Mr. Spears’ article. Don’t take my word for it. Find out yourselves.

Mr. Benson is a highly respected scholar and writer and has graciously allowed Kettle Moraine Publications to publish his works. We are proud to have his involvement with this project.