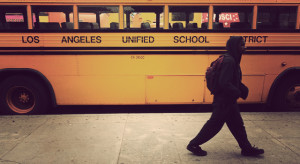 Imagine if Congress were to enact a law that required everyone to attend church on Sundays. The overwhelming majority of Americans would go up in arms. The concept of religious liberty is so deeply ingrained in our American heritage that there is no way that people, including devout Christians, would accept such a law. That heritage was enshrined in the First Amendment, which prohibits Congress from enacting such a law.

Now, suppose things had been the exact opposite…

Suppose that from the beginning, the Constitution had authorized Congress to enact compulsory church-attendance laws. Suppose that immediately after the Constitution called the federal government into existence, Congress had enacted a law requiring parents to send their children to church, in order to be educated on religious, moral, ethical, and Biblical principles. Suppose that we had been living with that national compulsory church-attendance law for the entire history of the United States.

Now suppose we libertarians were to advocate the repeal of the church-attendance law, which would enable families to decide for themselves whether to send their children to church or not. Can you imagine the outcry?

“Are you libertarians crazy? If we let families make that decision, no one would send their children to church. Most parents are just too irresponsible. How could we be certain that children would receive the right education and training when it comes to morality, ethics, and religion? Wouldn’t some parents teach their children to be atheists or, even worse, to worship Satan? No, you libertarians are all off base. People aren’t ready for that type of freedom. Repealing the church-attendance law would destroy the moral, religious, and ethical foundation of American society.”

After all, isn’t that the mindset of many Americans when they hear libertarians calling for the repeal of compulsory school-attendance laws? Don’t they say that people just aren’t ready for that type of freedom — that parents are too irresponsible — that children wouldn’t get educated — and that a free-market educational system would destroy America?