Growing up in a small but well-to-do Kansas town, I had access to several local bookshops – used and new – in grade school. Every bookstore offered joys, mysteries, and delights. Rarely have I walked into one and not found some kind of treasure. 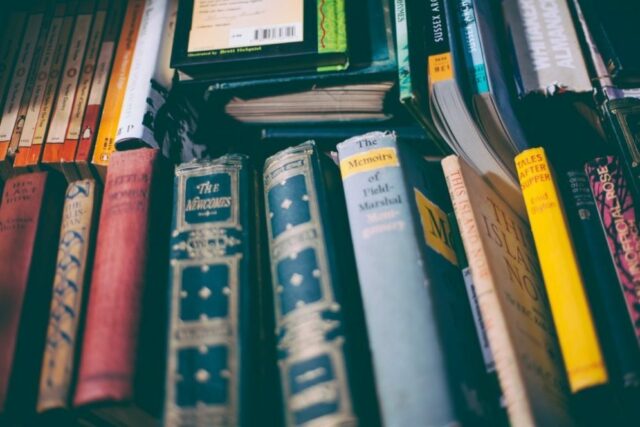 A few weeks ago, while lecturing for a Hillsdale College event in Boise, Idaho, I visited the local Barnes and Noble on Milwaukee Street. It had been at least fifteen to twenty years since I’d last visited that particular store. Wave after wave of nostalgia flowed over me as I opened the front door and walked in. I knew the layout immediately, and, even more powerfully, I knew the smells. The scents of slick magazines, pulpy books, and thick coffee. This was, you see, the very first Barnes and Noble bookstore I had ever visited.

My first visit was in the summer of 1990, and I visited it often over the next seven years. In 1990, immediately upon graduating college, I moved to Logan, Utah, but my older brother had just taken a job in Boise. I visited him at least twice a month, the five-hour drive used as time to listen to great music and think about things that mattered.

Todd, my older brother, and I have never had trouble talking with one another. We usually pick up our conversation exactly where we left off previously, and the same was true during his time in Boise. We also hiked like mad men, exploring every nook and cranny of Idaho and eastern Oregon – their rivers, their forests, their mountains, and their deserts. In between hikes, we would hang out at the Barnes and Noble café, drinking coffee and writing in our journals. In the 1990s, laptops were extremely expensive, and, thus, we resorted to traditional pen and paper. In between drinks, discussions, and journalings, I would also explore the vast selection of books available for purchase. Though, as I’ve mentioned in previous posts, I knew that I wanted to be a writer. As I looked through the variety of books, magazines, maps, and every other form of printed material dealing with every conceivable and, sometimes, inconceivable topic, I thought to myself, “I can do this.” I still did not know how to do this, but I knew I could figure it out.

All of that came back to me in a glorious rush as I happily re-visited Boise.

Yet, it wasn’t just Barnes and Noble, by any stretch. Growing up in a small but well-to-do Kansas town, Hutchinson, I had access to several local bookshops – used and new – in grade school. Granted, I still preferred the public library for my reading materials, but I also came to treasure the ownership of books, especially as I grew to devour and argue with them. I’ll never forget riding my bicycle downtown in a hot and muggy August to Crossroad’s books (my favorite local bookstore) to purchase a box set of Tolkien’s The Hobbit and The Lord of the Rings. I had saved up money from mowing lawns for that rather extravagant purchase, and it was well earned. The four Ballantine paperbacks came in a Gold Box, decorated with various house symbols and coats of arms from Tolkien’s mythology. I still have that set, and the books smell the same as they did in the 1970s – a bit dusty and a bit crisp, tightly bound and boxed. I loved that purchase forty years ago as much as I love it today.

In 1981, a short-lived but rather glorious bookstore opened up on Main Street, right next to the city’s one (and temporary) middle school, Central Junior High. Almost every day after school, I stopped in and talked with the owner, Tom, before I rode my bike home. It’s possible that I drove Tom a bit crazy, but, if so, he never showed it. Everyday, we talked books – even if for a few minutes – and he gave me the latest news on forthcoming science fiction and fantasy novels as well as the latest materials and books coming out from TSR, the publisher of Dungeons and Dragons. 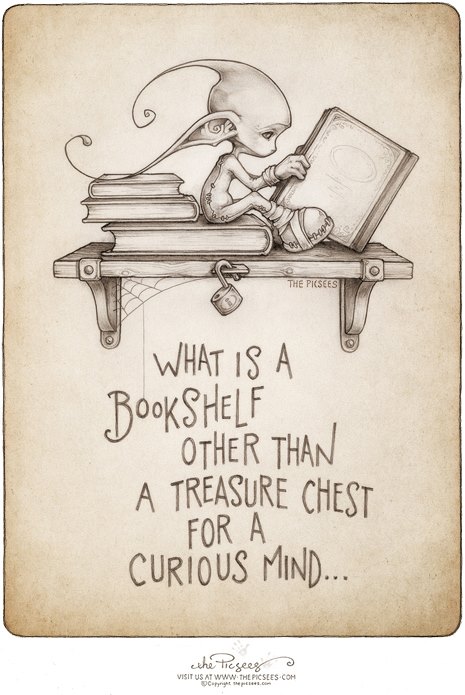 I’ve not kept up with Tom, but I can’t help but think of him as an essential part of my childhood. What I did to deserve his good graces and kindnesses, I have no idea, but he was a lifeline to me, a friendship that I certainly cherished. Things were more than a bit crazy at home – on the domestic front – at that point, with my mom and rather evil step dad in a Cold War, and my older brothers long gone. Though I rarely talked with Tom about things going on at home, I did from time to time drop hints, and he was extremely generous in his attention toward my plight. Tom’s bookshop failed about a year after it opened, and, from what I knew, he took a job teaching English. Regardless, he served for me what Edmund Burke so beautifully called “the unbought grace of life.” He was one of my best teachers, if more by example than word.

I suppose starting out a post praising Barnes and Noble might be bad form for The Imaginative Conservative, dedicated to finding and supporting what is local more than what is uniform and corporate. To me, though, it’s not an either/or. Every bookstore – whether Books-a-Million or Crossroads to Tom’s Books or even the paperback section of Goodwill – offers joys, mysteries, and delights. Rarely have I walked into one and not found some kind of treasure.

Four undeserved ones spring to mind. In a Half-Price Books in Houston, Winston, John Rocha, Marc Miller, and I found several hardback volumes by Eric Voegelin. They were my first books by him, though I had read Ted McAllister’s excellent study of Voegelin and Strauss previously, and I devoured every word of Order and History.

While on our 10-day honeymoon in Idaho, Dedra and I perused every bookstore we came across. In one, a battered paperback with an atomically-red glowing cover grabbed my attention. A Canticle for Leibowitz. What a bizarre title, and selling for less than a dollar? Of course, I would try it. Thank you, God!

In an antique store in Allen, Michigan, Dedra came across a first-edition hardback of Aurel Kolnai’s very rare The War on the West, a 1938 critique of fascism published by the London Socialist Book Club. From that book, I discovered the work of the ingenious Francesca Murphy at the University of Notre Dame. Dedra paid three dollars for that first edition.

At Hyde Brothers Books in Fort Wayne, Indiana, in the fall of 2001, I found a first American edition hardback of Christopher Dawson’s seminal 1942 book, The Judgment of Nations, published by Sheed and Ward. Hyde Brothers, to this very day, remains my all-time favorite used bookstore, and I can state with absolute certainly that the discovery of the Judgement of Nations – especially after conversations with Gleaves Whitney and Winston – changed my entire world and outlook upon it. I spent my Thanksgiving break that fall reading and contemplating every aspect of that book – from its sentence structures to its arguments to its implications for academic writing. I can also state with certainty that Sam Hyde, the owner of that glorious Fort Wayne bookstore, knows his stuff.

I certainly cannot be the only person who has so benefited by the great booksellers of America. I’m guessing you wouldn’t be at this website unless you too had experienced this unbought grace of life. We are each immensely better because of them.

Written by Bradley J. Birzer, co-founder of, and Senior Contributor at The Imaginative Conservative ~ March 4, 2019 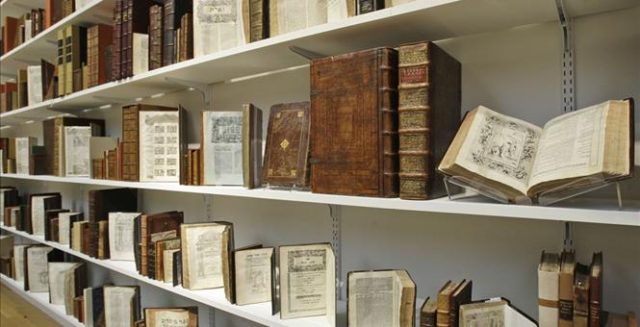 1 thought on “On Loving Bookstores…”