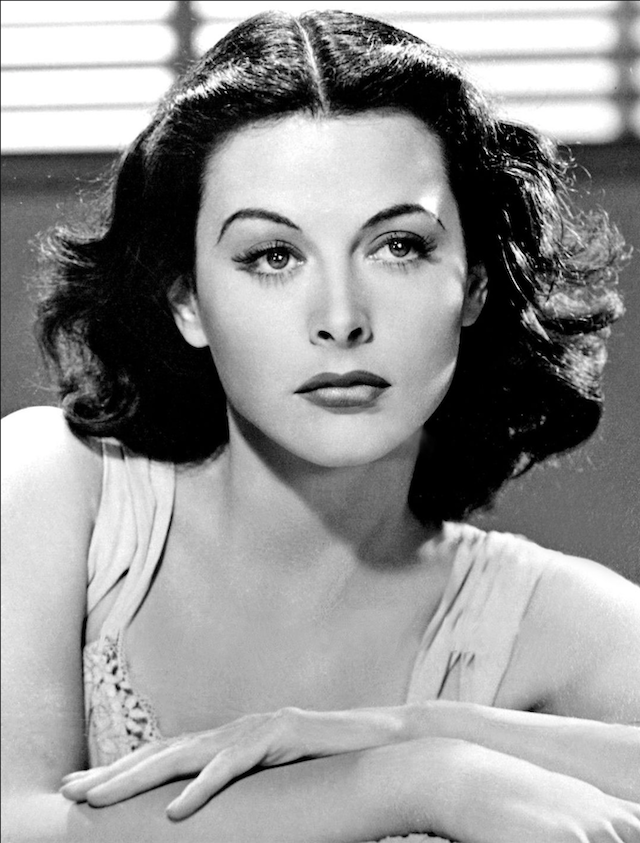 November 9, 2020 marked the 106th birthday of Hollywood actress and inventor, Hedy Lamarr (image circa 1930) was often dubbed the “most beautiful woman in the world.” But there was far more to her story, as she was also the co-inventor invented a device that helped make possible the development of GPS, Bluetooth, and Wi-Fi technology!

Born in Austria in 1914, the mathematically talented Lamarr moved to the US in 1937 to start a Hollywood career. Throughout the 1930s and 1940s, she was considered one of cinema’s leading ladies and made numerous films; however, her passion for engineering is far less known today. Her interest in inventing was such that she set up an engineering room in her house complete with a drafting table and wall of engineering reference books. With the outbreak of World War II, Lamarr wanted to apply her skills to helping the war effort and, motivated by reports of German U-boats sinking ships in the Atlantic, she began investigating ways to improve torpedo technology.

After Lamar met composer George Antheil, who had been experimenting with automated control of musical instruments, together they hit on the idea of “frequency hopping.” At the time, radio-controlled torpedoes could easily be detected and jammed by broadcasting interference at the frequency of the control signal, thereby causing the torpedo to go off course. Frequency hopping essentially served to encrypt the control signal because it was impossible for a target to scan and jam all of the frequencies.

Lamarr and Antheil were granted a patent for their invention on August 11, 1942, but the US Navy wasn’t interested in applying their groundbreaking technology until twenty years later when it was used on military ships during a blockade of Cuba in 1962. Lamarr and Antheil’s frequency-hopping concept serves as a basis for the spread-spectrum communication technology used in GPS, Wi-Fi and Bluetooth devices. Unfortunately, Lamarr’s part in its development has been largely overlooked and her efforts weren’t recognized until 1997, when the Electronic Frontier Foundation gave her an award for her technological contributions. Hedy Lamarr passed away in 2000 at the age of 85 and, in 2014, she was as long last inducted into the National Inventors Hall of Fame for her invention of a “Secret Communication System” many years ago.

To introduce kids to her incredible story, we highly recommend the inspiring picture book “Hedy Lamarr’s Double Life” for ages 5 to 9 at
https://www.amightygirl.com/hedy-lamarr-double-life

For older kids, there is also a graphic novel about her life and work, “Hedy Lamarr and a Secret Communications System” for ages 7 to 10 at https://www.amightygirl.com/hedy-lamarr

For adult readers, Hedy Lamarr’s incredible story is told in the exceptional historical fiction novel, “The Only Woman in the Room,” at https://www.amightygirl.com/the-only-woman-in-the-room

Hedy Lamarr is also one of 50 remarkable women of science featured in the stunning illustrated biography, “Women in Science: 50 Fearless Pioneers,” for ages 9 and up at https://www.amightygirl.com/women-in-science

If you’d like to encourage your children’s interest in engineering and invention, check out our blog post: “Building Her Dreams: 60 Building and Engineering Toys for Mighty Girls,” at https://www.amightygirl.com/blog?p=10430