We have collectively become so programmed to believe that education and schooling are synonymous that we can’t imagine learning without schooling and become frazzled and fearful when schools are shuttered. 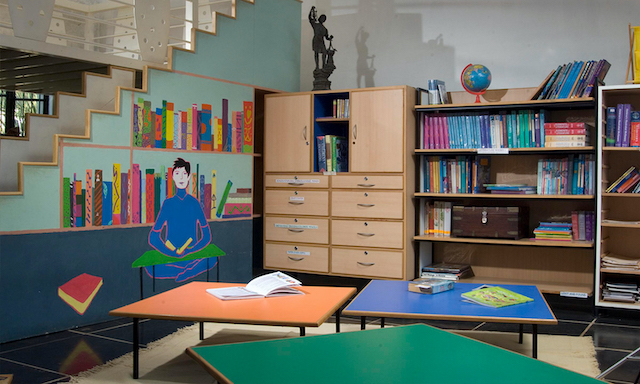 As the global coronavirus outbreak closes more schools for weeks, and sometimes months – some 300 million children are currently missing class – parents, educators, and policymakers are panicking.

Mass compulsory schooling has become such a cornerstone of contemporary culture that we forget it’s a relatively recent social construct. Responding to the pandemic, the United Nations declared that “the global scale and speed of current educational disruption is unparalleled and, if prolonged, could threaten the right to education.”

We have collectively become so programmed to believe that education and schooling are synonymous that we can’t imagine learning without schooling and become frazzled and fearful when schools are shuttered. If nothing else, perhaps this worldwide health scare will remind us that schooling isn’t inevitable and education does not need to be confined to a conventional classroom.

Mass Schooling Is a New Idea
For most of human history, up until the mid-19th century, education was broadly defined, diversely offered, and not dominated by standard schooling. Homeschooling was the default, with parents assuming responsibility for their children’s education, but they were not the only ones teaching them.

Small dame schools, or nursery schools in a neighbor’s kitchen, were common throughout the American colonial and revolutionary eras; tutors were ubiquitous, apprenticeships were valued and sought-after, and literacy rates were extremely high. Public schools existed to supplement education for families that wanted them, but they did not yet wield significant power and influence.

The Puritan colonists’ passed the first compulsory education laws in Massachusetts Bay in the 1640s describing a state interest in an educated citizenry and compelling towns of a certain size to hire a teacher or to open a grammar school. But the compulsion rested with towns to provide educational resources to those families who wanted them, not with the families themselves.

Historians Kaestle and Vinovskis explain that the Puritans “saw these schools as supplements to education within the family, and they made no effort to require parents actually to send their children to school rather than train them at home.” This all changed in 1852 when Massachusetts passed the nation’s first compulsory schooling statute, mandating school attendance under a legal threat of force. Writing in his book, Pillars of the Republic, Kaestle reminds us: “Society educates in many ways. The state educates through schools.”

Society Without Schooling
We already have glimpses of what education without schooling can look like. When the Chicago teachers’ strike shut down public schools for 11 days last October, civil society stepped up up to fill in the gaps.

Community organizations such as the Boys & Girls Club opened their doors during the daytime to local youth, the aquarium and local museums offered special programming, church and religious organizations welcomed young people with tutoring and enrichment activities, public libraries and parks were populated with families, and the federal school lunch program continued to nourish children in need.

This same pattern repeats itself during summer school vacation each year, with various community organizations, local businesses, and public spaces such as libraries and parks offering educational and recreational experiences for young people.

The idea that children and adolescents need to be enclosed within a conventional school classroom in order to learn is a myth. Humans are hard-wired to learn. Young children are exuberant, creative, curious learners who are passionate about exploration and discovery. These qualities do not magically disappear with age. They are routinely smothered by standardized schooling.

Children come into the world burning to learn and genetically programmed with extraordinary capacities for learning. They are little learning machines. Within their first four years or so they absorb an unfathomable amount of information and skills without any instruction. . . Nature does not turn off this enormous desire and capacity to learn when children turn five or six. We turn it off with our coercive system of schooling.

As humans increasingly coexist with robots, it’s crucial that young people retain and cultivate the imagination, ingenuity, and desire for learning that separate human intelligence from its artificial antipode. These qualities can be ideally nurtured outside of a standardized, one-size-fits-all school classroom where children and adolescents are free to pursue their interests and develop important skills and knowledge, while being mentored by talented adults in their communities.

An example of this type of learning is a series of spring daytime classes for homeschoolers at a makerspace in Boston offering up to nine hours of content each week in topics ranging from architecture and design to STEM science and art, taught by trained engineers, scientists, and artists. These are the types of high-quality educators and learning experiences that can and do flourish when we seek and support education without schooling.

In addition to its health scare, coronavirus has triggered widespread fear about how children can be educated when they can’t go to school. Despite the fact that mass compulsory schooling is a relic of the industrial age, its power and influence continue to expand. Perhaps some families will now discover that education outside of standard schooling is not only nothing to fear but may actually be the best way to learn in the innovation era.

Written by Kerry McDonald for Foundation for Economic Education ~ March 12, 2020