An investigation has revealed that one of Colonial New England’s most aristocratic families participated in the slave trade. 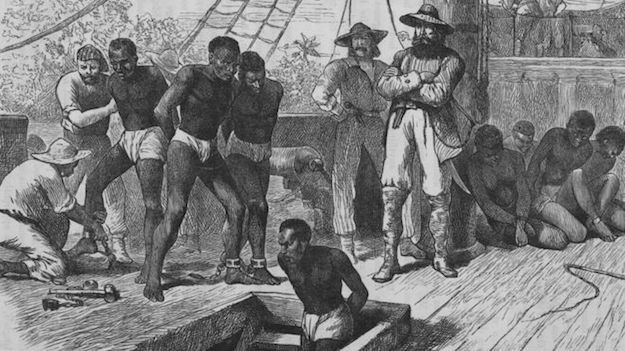 In the winter of 1757, one of the bluest of Colonial Connecticut’s bluebloods set sail from New London. Colonial governors sprouted from Dudley Saltonstall’s family tree, and his ancestors included John Winthrop, the Puritan founder of the Massachusetts Bay Colony, and Sir Richard Saltonstall, Winthrop’s first assistant. His aristocratic father – mayor of New London and one of Connecticut’s richest men – had dispatched Saltonstall, barely 18 years old, to sail off on one of his vessels and keep an eye on its crew.

On this voyage, the ship’s name matched its destination – Africa. After crossing the Atlantic Ocean, the merchant ship sailed up the Sierra Leone River on the west side of the continent. It docked at tiny Bunce Island where it loaded its precious cargo – slaves.

The involvement of the aristocratic Saltonstalls in the slave trade first came to light in a story published earlier this month by the Hartford Courant. The newspaper conducted an investigation of 18th-century logbooks linking New London to the slave trade as part of a special series a decade ago, but new research by Anne Farrow – a former Courant reporter and co-author of ‘Complicity’: How the North Profited from Slavery – has revealed that the keeper of three of those logbooks was not the son of an obscure farmer as previously thought, but Dudley Saltonstall. The investigation also uncovered additional voyages by Saltonstall as part of the transatlantic slave trade.

The Courant called Saltonstall “the Colonial equivalent of a Kennedy or a Rockefeller,” and the revelation that the slave trade was part of his family business and a contributor to the fortune of one of the colony’s richest families demonstrates that Connecticut’s connection to slavery was deeper than previously thought. Farrow wrote that Saltonstall’s “involvement, and that of his family, serves to underscore a reality of early Connecticut: Even the ‘best’ families made money from captive labor.”

Although often associated with the South, slavery was part of Colonial life in the North as well. Northern merchants profited from the transatlantic triangle trade of molasses, rum and slaves, and at one point in Colonial America more than 40,000 slaves toiled in bondage in the port cities and on the small farms of the North. In 1740, one-fifth of New York City’s population was enslaved.

Northern slavery, though, faded in the wake of the American Revolution. By 1804, all of the Northern states had passed legislation to abolish slavery, although some of these measures were gradual. For instance, a Connecticut law passed in 1784 declared that children of enslaved African-Americans born in the future would be freed – but only after turning 25. The 1840 Census showed 17 African-Americans still enslaved in Connecticut.

A 2002 investigation by the Courant into Connecticut’s involvement in slavery found that there were more than 1,100 documented voyages of slave ships from New England. While most slaves were transported to the Caribbean, some were brought back to New England. The Courant estimated that at one point there were more 5,000 African-American slaves in Colonial Connecticut. 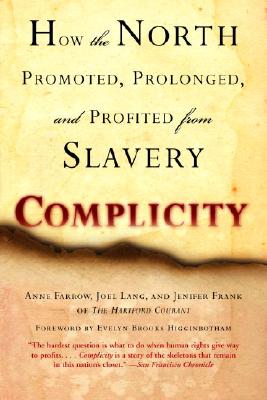 The 80 handwritten pages of Saltonstall’s logbooks that were studied include reports of the weather and the deaths of slaves who had fallen sick from dysentery, both described with equal levels of banality. On May 4, 1757, he penned this entry: “Fresh breezes & Hazey” “1 Man Slave Dangerously ill. At 4AM a Man Slave Died.”

Two decades after his first voyage on a slave ship, Saltonstall played a prominent role in the American Revolution. He was appointed as one of the first captains in the Continental Navy, but his wartime command was anything but smooth sailing. He clashed repeatedly with his first lieutenant, John Paul Jones, and in 1779 he was court-martialed after commanding the disastrous Penobscot Expedition in which he lost his entire flotilla. He found some redemption as a privateer when he seized the greatest prize ship of the war, British general Henry Clinton’s Hannah, and brought it back to New London. Even as Northern attitudes towards slavery began to change after the war, Saltonstall continued his involvement in the slave trade. In 1784, he sailed to Africa in the hopes of buying 300 slaves that he could sell in South Carolina.