There are times that bringing a column back to the forefront is worth it – and this is such. ~ Ed. 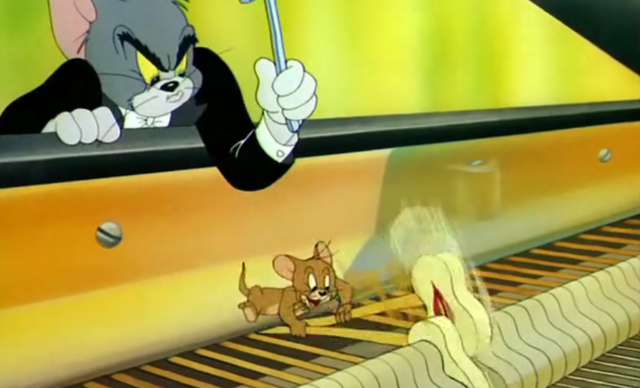 July 26, 2017 ~ I recently picked up Mark Twain’s A Connecticut Yankee in King Arthur’s Court for the first time. Finding the plot rather amusing, I began relaying it to my father over the weekend. Because he had never read the book, I was rather surprised when he began asking informed questions about the story. In no time at all, he was the one schooling me on plot elements I had not yet reached.

“Wait a minute,” I asked. “Are you sure you’ve never read this book?”

“No, never have,” he replied, “but I saw a cartoon version of the story when I was younger and everything I know comes from that.”

His revelation was intriguing, and to be honest, not the first of its kind. Like many in the Boomer generation, my father grew up watching classic cartoons, numbers of which were produced by the likes of Warner Bros.

But those cartoons did more than mind-numbingly entertain a generation of children. They also introduced millions of young people to key facets of cultural literacy, particularly in the realm of literature and music.

Beyond the aforementioned case of Mark Twain’s novel, these cartoons introduced children to stories such as Robert Louis Stevenson’s Strange Case of Dr Jekyll and Mr Hyde through the medium of Bugs Bunny. Key quotations and scenes from William Shakespeare’s works were the main theme in a Goofy Gophers cartoon known as A Ham in a Role. And Henry Wadsworth Longfellow’s epic poem The Song of Hiawatha was placed front and center in a Walt Disney short called Little Hiawatha.

Perhaps even more famous than the literature references are the many ways in which cartoons introduced children to the world of classical music, including both instrumental and operatic selections, one of which is the famous Rabbit of Saville. American film critic Leonard Maltin describes the situation well:

“An enormous amount of my musical education came at the hands of [Warner Bros. composer] Carl Stalling, only I didn’t realize it, I wasn’t aware, it just seeped into my brain all those years I was watching Warner’s cartoons day after day after day. I learned Liszt’s Second Hungarian Rhapsody because of the Warner Bros. cartoons, they used it so often, famously when Friz Freleng had a skyscraper built to it in Rhapsody and Rivets.”

But Maltin wasn’t the only one learning from these classical music forays. In fact, as the famous pianist Lang Lang testifies, it was Tom and Jerry’s rendition of Liszt’s Hungarian Rhapsody in The Cat Concerto which first inspired him to start piano at age two.

These examples just brush the surface of the cultural literacy lessons which the old cartoons taught our parents and grandparents. Even if they never learned these elements in school, they at least had some frame of reference upon which they could build their understanding of the books and music and even ideas which have impacted culture and the world we live in today.

But can the same be said of the current generation? Admittedly, I’m not very well-versed in current cartoon offerings, but a quick search of popular titles seems to suggest that the answer is no. A majority of the time they seem to offer fluff, fantasy, and a focus on the here and now.

In short, neither schools, nor Saturday morning cartoons seem to be passing on the torch of cultural knowledge and literacy. Could such a scenario be one reason why we see an increased apathy and lack of substance in the current generation?

Written by Annie Holmquist and published by Intellectual Takeout ~ July 18, 2017.