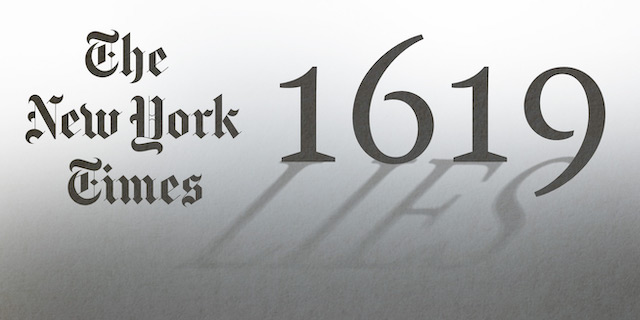 With the launching of the New York Times’ “1619 Project,” the paper of record seeks to reframe American history. Formerly we had foolishly assumed the birth of the nation to be July 4, 1776, with the writing of the Declaration of Independence. But no, the paper of record has another date in mind…

It turns out to be 1619, with the importing of the first African slaves to America. That moment, the Times believes, more accurately depicts the founding of the nation and its underlying precepts. We now learn that our Declaration, the Constitution, and the Bill of Rights, or our disingenuous claim that “all men are created equal” do not define the nation. Rather, it is that America is a uniquely racist and exploitative enterprise, a criminal operation, morally stained in its DNA, founded as it is on the institution of slavery. Furthermore, we are to understand that all the advances and benefits that have accrued to our nation in its 243-year history, come not from our religious underpinnings, individual and private property rights, free markets, and our constitutional system of limited government, but rather — you guessed it — slavery. 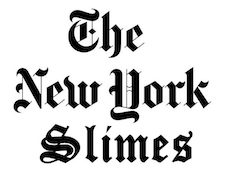 Others have refuted the ideologic and political 1619 Project, so I will not retrace ground covered elsewhere. It makes more sense to declare a new project that I will describe as the “1932 and 1939 Project,” not as a new timeline and birthdate for the founding of the nation but rather as the origin of the despairingly predictable leftist propaganda machine that the media have become. Why 1932 and 1939? These are the years that the NY Times chose to ignore, cover up, and whitewash for ideological purposes what were among the worst genocides of the 20th century — the Ukraine famine and the Holocaust.

Walter Duranty was the NY Times Moscow Bureau Chief from 1922-1936, soon after the Bolshevik overthrow of the Russian government. Duranty was an apologist for communism. Many in the American intelligentsia were also sympathetic to communism and appreciated Duranty’s dispatches. It was after Joseph Stalin’s first five-year plan, 1928-1933, in which Stalin attempted to restructure the Soviet economy, that Duranty became prominent based on exclusive interviews that Stalin granted him. The dictator’s policies led to widespread famine, particularly in the Ukraine, where estimates of up to 10 million people perished between 1932-1933, thought by many to be a deliberate genocide. Duranty received the Pulitzer Prize in 1932 for a series of reports from the Soviet Union in which he defended Stalin and denied that there was widespread famine. Contemporaneous observers reported that Duranty knew of the starvation and knowingly misrepresented the evidence.

The Times is also notorious for covering up the Holocaust, the Nazi effort to exterminate the Jews during World War II. It did so by burying stories about the Nazi genocide against the Jews in the back pages of the paper, avoiding the front page except on rare occasions. The Times often avoided mentioning that the victims of the Nazi persecutions, deportations, and death camps were Jews. If you had read the front page of the NY Times during the period of the Holocaust (1939 -1945), you would have missed the fact that the Nazis were rounding up, imprisoning, torturing, starving, executing, gassing, and otherwise exterminating on an industrial scale millions of innocent Jews 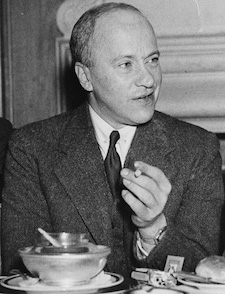 In the face of the ideological groupthink of the press, our own Soviet media, it seems reasonable to ground it in historical events that arguably define the onset of its debasement. If the Times can casually change the birth of the U.S. from 1776 to 1619 and redefine our founding principles, as it did in its 1619 Project, then surely we can recommend reasonable start dates for the perversion of our media. And what better and more consequential press outrages than the gloss-over by the NY Times of two of the 20th century’s greatest genocides?

The media is no longer content to simply fulfill its obligation to the First Amendment and report the news objectively, share ideas, challenge dogmas, enlighten the public, promote American principles, and provide critical oversight of the government. Instead, it has descended into an openly leftist propaganda coalition intent on promoting a Marxist view of reality indistinguishable from that of the Democratic Party. This collapse into summary leftism in support of one political party and dogma has reached its acme in the age of Trump where even the pretense of impartiality has been discarded.

The “1932 and 1939 Project” targets two critical moments when the NY Times, the dominant media voice of the radical left, failed to expose and marshal attention toward a critical matter. It chose instead to conceal and bury two catastrophic annihilations, deliberately collaborating in the deaths of millions of innocent victims.

Written by Richard Moss for The American Thinker ~ November 6, 2019