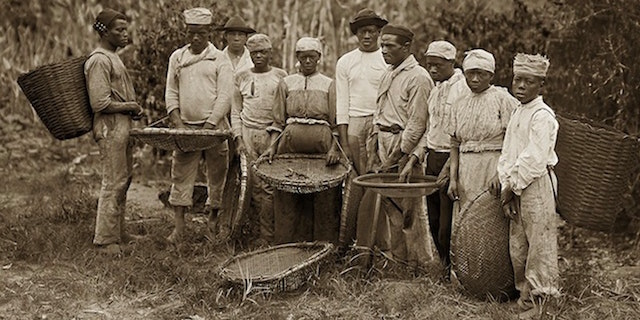 A man I have known since grade school changed his name, years ago, to an Arabic one. He told me he rejected Christianity as “the white man’s religion that justified slavery.” He argued Africans taken out of that continent were owed reparations. “From whom?” I asked…

In Prisons & Slavery, John Dewar Gleissner writes: “The Arabs’ treatment of black Africans can aptly be termed an African Holocaust. Arabs killed more Africans in transit, especially when crossing the Sahara Desert, than Europeans and Americans, and over more centuries, both before and after the years of the Atlantic slave trade. Arab Muslims began extracting millions of black African slaves centuries before Christian nations did. Arab slave traders removed slaves from Africa for about 13 centuries, compared to three centuries of the Atlantic slave trade. African slaves transported by Arabs across the Sahara Desert died more often than slaves making the Middle Passage to the New World by ship. Slaves invariably died within five years if they worked in the Ottoman Empire’s Sahara salt mines.”

He accused me of “relying on white historians” who, he insisted, had a “vested interest to lie.”

What about Thomas Sowell, the brilliant economist/historian/philosopher who happens to be black? Sowell writes: “Of all the tragic facts about the history of slavery, the most astonishing to an American today is that, although slavery was a worldwide institution for thousands of years, nowhere in the world was slavery a controversial issue prior to the 18th century.

“People of every race and color were enslaved — and enslaved others. White people were still being bought and sold as slaves in the Ottoman Empire, decades after American blacks were freed.”

Sowell also wrote: “The region of West Africa … was one of the great slave-trading regions of the continent — before, during, and after the white man arrived. It was the Africans who enslaved their fellow Africans, selling some of these slaves to Europeans or to Arabs and keeping others for themselves. Even at the peak of the Atlantic slave trade, Africans retained more slaves for themselves than they sent to the Western Hemisphere. … Arabs were the leading slave raiders in East Africa, ranging over an area larger than all of Europe.”

I asked my friend if his anger over slavery extended to countries like Brazil. “Brazil?” he said. 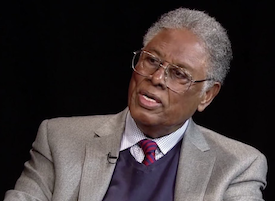 Harvard’s Department of African and African American Studies professor Henry Louis Gates Jr. — who also happens to be black — wrote: “Between 1525 and 1866, in the entire history of the slave trade to the New World, according to the Trans-Atlantic Slave Trade Database, 12.5 million Africans were shipped to the New World. 10.7 million survived the dreaded Middle Passage, disembarking in North America, the Caribbean and South America. And how many of these 10.7 million Africans were shipped directly to North America? Only about 388,000. That’s right: a tiny percentage. In fact, the overwhelming percentage of the African slaves were shipped directly to the Caribbean and South America; Brazil received 4.86 million Africans alone!”

African tribes who captured other tribes sold them into slavery. For this reason, in 2006, Ghana offered an official apology. Emmanuel Hagan, director of research and statistics at Ghana’s Ministry of Tourism and Diaspora Relations, explains: “The reason why we wanted to do some formal thing is that we want — even if it’s just for the surface of it, for the cosmetic of it — to be seen to be saying ‘sorry’ to those who feel very strongly and who we believe have distorted history, because they get the impression that it was people here who just took them and sold them. It’s something we have to look straight in the face and try to address, because it exists. So we will want to say something went wrong. People made mistakes, but we are sorry for whatever happened.”

Over 600,000 Americans, in a country with less than 10% of today’s population, died in the Civil War that ended slavery. “While slavery was common to all civilizations,” writes Sowell, “… only one civilization developed a moral revulsion against it, very late in its history — Western civilization. … Not even the leading moralists in other civilizations rejected slavery at all.”

And, no, after all this, my friend did not reconsider his name change.