REMEMBER that the public school system gets paid a lot of money for each child diagnosed by a school counselor as ADD or ADHD. ~ Ed. 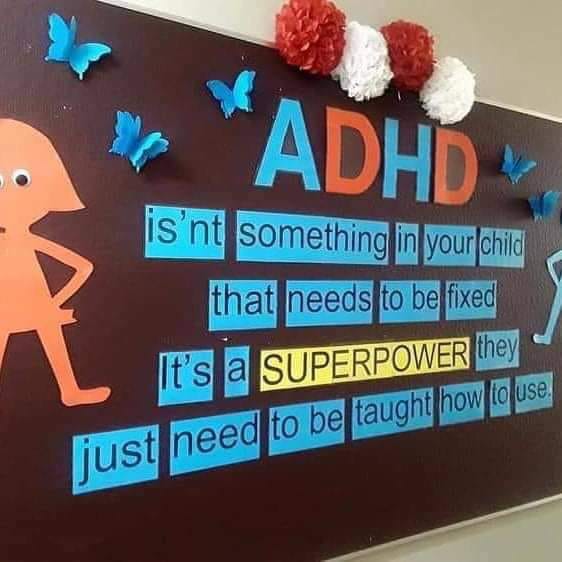 I’ve been saying this since 1996 or so. Glad that Harvard is finally on board.

What’s the problem with ADHD? It’s such a vague diagnostic category that it could apply to almost anybody – especially any child – at any given point in time.

“We could get philosophical and ask ourselves: “What does mental illness mean?” If you do interviews with children and adolescents aged 12 to 19, then 40 percent can be categorized as anxious or depressed. But if you take a closer look and ask how many of them are seriously impaired by this, the number shrinks to 8 percent. Describing every child who is depressed or anxious as being mentally ill is ridiculous. Adolescents are anxious, that’s normal. They don’t know what college to go to. Their boyfriend or girlfriend just stood them up. Being sad or anxious is just as much a part of life as anger or sexual frustration,” Kagan told Spiegel.

And then there are the consequences of labeling:

What are the implications for the millions of American children who are inaccurately diagnosed as mentally ill? Kagan believes it’s devastating because they think there is something fundamentally wrong with them. He’s not the only psychologist to raise the alarm about this trend, but Kagan and others feel they’re up against “an enormously powerful alliance: pharmaceutical companies that are making billions, and a profession that is self-interested.”

Of course, drug companies will take the hit for making a profit off of fraud. But drug companies are merely doing what people want them to do – to give them medicine to foster the illusion that “My kid has an illness. Surely my kid’s underperformance cannot be due to him- or herself, or any other factor. It MUST be a disease.”

Nobody ever looks at the reality of what false or questionable disease labels do to children.

The questions have less to do with whether ADD exists as a syndrome—since obviously many children do demonstrate these behaviors—than with whether or not it is proper to label ADD a medical “disorder.”

Mental health clinicians such as myself, for example, continually hear parents of kids diagnosed with ADD point out that their kids can concentrate when and if they choose to do so. The operative word here is “choose.”

Proponents of ADD seem to be suggesting that kids do not make choices, that if Johnny does not concentrate on his homework or pay attention in class it must be due to a “disorder” rather than a simple choice not to focus his attention.

What objective, physiological evidence do experts offer in support of their view that ADD is a medical disorder? Little to none. It is true that some kids labeled with ADD—which used to be called “hyperactivity”—do calm down significantly when given certain types of medication (such as Ritalin), or changes are made in their diets. But these facts by no means prove that attention is solely the result of physiological factors.

How, for instance, do you reconcile the fact that many kids with ADD pay attention some days more than others? And how do you explain the fact that some kids who display ADD in the classroom show no evidence of such a syndrome when playing a video game, talking to friends on the telephone, or engaging in other intellectually undemanding activities? If ADD kids have a biological inability to focus, then why do they easily concentrate on so many activities?

This is a very serious matter for parents to consider. This is more than a dispute over mere wording or diagnostic classification among health professionals. The real questions boil down to these: Is my child failing to concentrate in school because he has a medical disease which prevents him from doing so? Or is he failing to concentrate in school because he chooses not to do so?

Readers of DrHurd.com heard it first, as long ago as 1996. Now Harvard’s most prominent psychologist agrees: ADHD is a questionable concept, at best. Welcome aboard, Harvard.

The view is clear and beautiful when you view reality plainly, honestly and objectively.