A few years ago, I thought it was time to retire George Orwell’s 1984 to the attic. My years of teaching literature convinced me that Huxley’s Brave New World was more likely to unfold: a world in which an elite might control the rest of us through the erasure of history and literature, but who might also pacify common citizens through the diversions of sex, drugs, and electronic entertainment.

I was dead wrong.

I had set up a false dichotomy between 1984 and Brave New World. I’d felt it necessary to pick one or the other as a guide to the hazards of the future, and so failed to consider a third possibility that Orwell’s totalitarianism and Huxley’s horrific utopia might blend together. That political and cultural elites might seek power and control by carrot-and-stick. That they might offer welfare-state benefits and encourage hedonism while at the same time removing or restricting liberties through laws and public shaming.

And here we are.

In a recent article published by the Foundation for Economic Education, Jon Miltimore quoted Orwell’s famous dictum, “Freedom is the freedom to say that two plus two equals four. If that is granted, all else follows.” In the same article, Miltimore cites economist and sage Thomas Sowell: “We are living in an era when sanity is controversial and insanity is just another point of view.” There’s a similar idea in Brave New World, where Huxley writes, “Great is truth, but still greater, from a practical point of view, is silence about truth.”

How do we lose the freedom to say that two plus two equals four?

Two culprits come to mind. The first is our worship of relativity. When all values and morals are deemed relative, when we are unable to make the distinction, for example, between men and women based on biological reality, truth withers and dies.

Then there is our mutated practice of toleration, which smothers our ability to speak the truth. In a recent issue of Imprimis, a publication of Hillsdale College, editor and publisher Roger Kimball offered this thought:

Back in 1965, the Frankfurt School Marxist Herbert Marcuse wrote an essay called ‘Repressive Tolerance.’ It is a totalitarian classic. Marcuse distinguished between two kinds of tolerance. First, there is what he called ‘bad’ or ‘false’ tolerance. This is the sort of tolerance that most of us would call ‘true’ tolerance, the sort of thing that your parents taught you and that undergirds liberal democracy. Second, there is what Marcuse calls ‘liberating tolerance,’ which he defined as ‘intolerance against movements from the Right and tolerance of movements from the Left.’

This new dispensation breeds consequences. Here are just a few:

* For fear of being called sexist, some politicians and sports officials now allow transgender women to participate in female sports events.

* For fear of being called racist, some refuse to acknowledge that our southern border is broken, overrun by illegal immigrants.

* For fear of being called religious bigots, some hold their tongues about the terrorism and suppression practiced by radical Islamists around the world.

* For fear of reprisal, some college administrators have allowed students and professors to denigrate free speech and the due process of law.

On and on it goes… 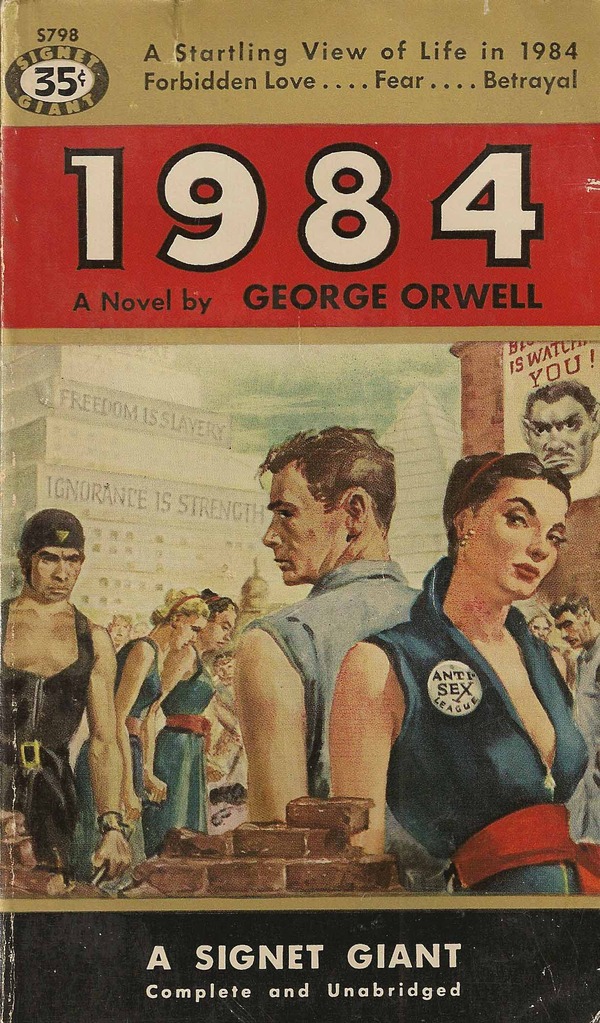 In a dialogue in 1984 between Winston Smith and a member of the Party, Winston’s interrogator, we find this gem:

“You are a slow learner, Winston.”

In the America of 2019, many people now believe that two plus two equals five or three or whatever they wish. Like Winston’s interrogator, they regard themselves as sane.

Thank heavens for the slow learners in our midst.

Written by Jeff Minick and published by Intellectual Takeout ~ April 4, 2019