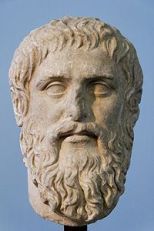 Bad oversight, data quality, and evaluation methodologies have plagued the department since its creation in 1867. We still don’t know what we’re getting for billions in dollars spent, besides meddlesome federal mandates.

A new report raises questions about how the U.S. Department of Education monitors the performance of its wide-ranging elementary and secondary education programs.

The department currently receives $38 billion for its major K-12 education programs. Yet the assessment says those programs are plagued by “complex and persistent” challenges, many of which have been identified previously, according to the U.S. Government Accountability Office (GAO), the official “congressional watchdog” charged with ensuring taxpayer dollars are spent efficiently.

Specifically, the GAO identified four key shortcomings in the department: oversight and monitoring, data quality, capacity, and evaluation methodologies. As the GAO makes clear, it is not the only oversight agency raising concerns about the department’s program management. What’s more, such problems have plagued our federal education departments since the first one took form back in 1867.

Not Paying Attention to Where the Money Goes
The GAO found that various education department offices failed to document consistently required monitoring activities in their official grant files. For example, its review of 75 grants totaling $21 million in discretionary funding revealed that “almost all” of them “were missing key monitoring documents, including grantee performance reports, which describe the results grantees achieve with grant funds,” according to the GAO. 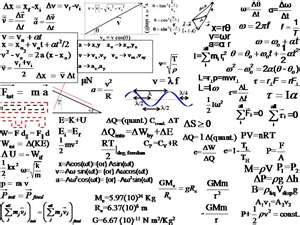 The department’s own Office of Inspector General (OIG) reached a similar conclusion in its 2016 audit of the office responsible for oversight of the Rural Education Achievement Program, which receives about $170 million in annual funding. Additionally, the OIG audit found that what little program data was collected was not being used to improve monitoring efforts or help grantees meet program goals.

While the department has taken some steps toward improving program monitoring and oversight, the GAO notes that challenges will likely persist in the coming years as the Every Student Succeeds Act (ESSA), the largest federal K-12 law, continues to be implemented. “The flexibility ESSA provides for state and local educational agencies under various grant programs complicates efforts to design program-level performance measures,” according to the GAO, “because state and local educational agencies’ program goals vary based on their unique needs.”

Low-Quality Data the Department Doesn’t Evaluate Well
There have also been ongoing quality issues with the data K-12 grantees submit to the department, complicating efforts to assess program performance. Even though it issues guidance to grantees about submitting accurate data, “Education did not independently assess the accuracy of these program data submitted by grantees or perform basic logic checks,” the GAO concluded.

Poor-quality data has been an ongoing issue, one previously documented by both the GAO and the department’s OIG. Moreover, “Education officials said that data quality challenges will likely persist under ESSA because Education and its grantees continue to face challenges collecting reliable, comparable program performance data in a minimally burdensome manner.”

Proper grant oversight and monitoring requires sufficient funding and staff capable of conducting effective evaluations. In 2015 Congress granted the department the authority to consolidate the funds necessary to conduct program evaluations. In response, it was able to hire some additional staff and conduct additional evaluations of strategic programs that would not have been possible otherwise. Yet problems remain. 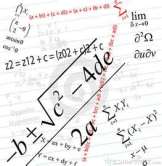 Effective program monitoring requires highly skilled staff who are specially trained in rigorous evaluation methods. The Education Department, however, has not updated its hiring plan since 2009, despite officials’ assurances that a new plan would be released in 2017.

Complicating matters is the fact that, as grant guidelines allow more program flexibility, more sophisticated evaluation methods are needed to isolate the effects of various programs. Additionally, even though grantees provide the department large amounts of data, it still has not developed plans for using that information. The largest K-12 program, Title I, poses a particular challenge.

Title I is supposed to help improve academic outcomes and opportunities for low-income students, as well as close achievement gaps. States and local school districts that receive Title I grants have broad discretion when choosing activities they believe will accomplish those goals. Yet because the program goals are so sweeping and grantees’ plans are so varied, the department has opted to measure the program’s effectiveness according to broadly defined, long-term goals and report on grantee’s interim progress toward meeting those goals.

We Knew This Was Happening For Decades
The GAO’s findings underscore more fundamental problems with having a Department of Education. In the United States, education is supposed to be a strictly state and local matter under Article 10 of the Constitution. In fact, the word education does not even appear in the Constitution and, until the Civil War era, Congress took no action to extend its authority into K-12 education.

That changed shortly after the Civil War, when proponents insisted that education was a matter of national concern best directed by experts in a cabinet-level education department, rather than being left to the “caprice of individuals and the States.”

During the congressional debates preceding the establishment of the Department of Education in 1867, opponents predicted the problems routinely identified today. Rep. Samuel J. Randall of Pennsylvania, for example, objected the proposed national education department insisting that “a bureau at an extravagant rate of pay, and an undue number of clerks collecting statistics…[that] does not propose to teach a single child…its a, b, c’s.”

Although 19th-century proponents prevailed in establishing a national education department, their victory was short-lived. A year later, in 1868, it was defunded and downgraded to an office-level agency. It wasn’t until the Carter administration in the mid-1970s that proponents’ call for re-establishing a cabinet-level department was acted upon.

Once again, opponents objected on various grounds, including the ability of a national department to oversee education programs for tens of millions of school children. Rep. Lawrence H. Fountain (D-NC) was particularly outspoken in his objection, arguing that:

I find it disappointing that the administration has not given attention to another management option—namely, a critical review of those 150 plus education programs to determine how many of them are really needed today…It would be far more useful, in my judgment, to concentrate on weeding out programs that have outlived their usefulness, that duplicate one another, or that simply don’t work, than to devote our energies to creating a new organizational structure which might well help to perpetuate many of these programs.

Federal Agencies Are Not Built for Performance
A leading reason for re-establishing a cabinet-level U.S. Department of Education in 1979 was better coordination and administration of hundreds of federal education programs. The latest GAO report, however, adds to a growing body of evidence that far-off bureaucracies in Washington, D.C., are ill-suited for this task.

The department is just one of numerous federal entities operating nearly 300 federal social, education, and training programs. In a separate report published nearly a decade ago the GAO concluded that no uniform definition for “education program” even exists across 25 federal departments and agencies. Not much has changed since then.

Full public disclosure of all entities receiving federal funding has been required since 2006, and a public inventory website managed by the Office of Management and Budget (OMB) was launched the following year. Subsequent legislation enacted in 2010 and 2014 expanded federal transparency requirements, including linking program and funding data.

The OMB’s revised inventory published in 2013 revealed that more than half of all education department programs were either deemed ineffective or their results were unproven. Yet in 2014, the results of that inventory were deemed unreliable, largely because of inconsistencies in how federal agencies define education programs. As of the fall of 2017, the GAO estimated that, at best, just 1 percent of federal agencies had submitted consistent program and budget data. Then, in December 2018, the GAO noted ongoing problems with data integrity and public accessibility of the OMB’s program inventory.

As things stand now, the U.S. Department of Education spending and performance are reported separately. The latest performance report from the department contains several elementary and secondary education goals, but most of them don’t provide any recent information.

We Shouldn’t Spend Billions to Get Bad Results
It shouldn’t be this hard to figure out whether specific education department programs are working. What we do know from publicly available spending and achievement data is that, since 1970, education spending has roughly tripled in real, inflation-adjusted terms, but student achievement has remained largely flat. 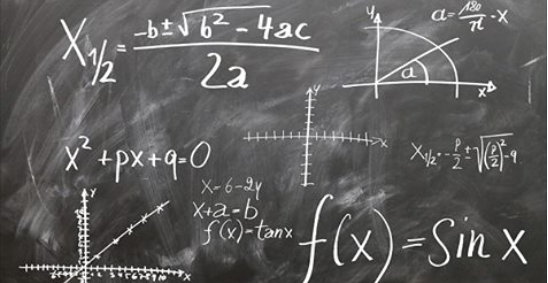 The Trump administration proposed merging the education and labor departments last June to streamline education programs and minimize bureaucracy. The plan was met with bipartisan criticism, including by members of several conservative education organizations. Fixing the failures of the Department of Education, however, does not need to mean fiddling with the federal organizational chart.

Rather, the fundamental problem with the Department of Education is that it removes decision-making authority from the real education experts: parents and taxpayers in local communities.

Currently, the federal government provides just 8 percent of total K-12 education funding. Yet states and school officials have to agree to myriad federal mandates to access that funding. Given the ongoing problems with the department, in contrast to the growth of successful
state-level parental choice programs, it is well worth considering abolishing the U.S. Department of Education once and for all.