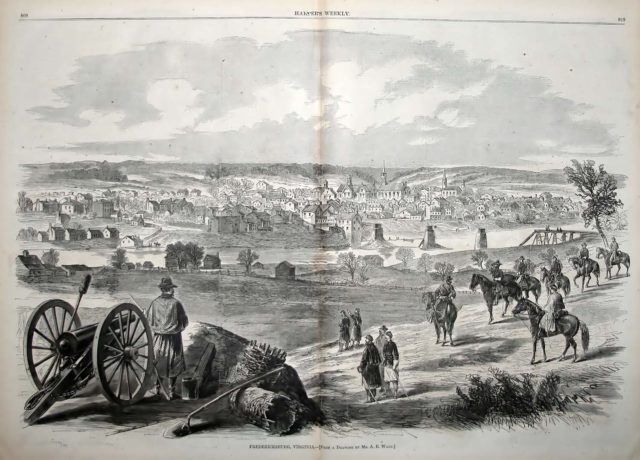 The increasing moonlight drifts across my bed,
And on the churchyard by the road, I know
It falls as white and noiselessly as snow.
‘T was such a night two weary summers fled;
The stars, as now, were waning overhead.
Listen! Again the shrill-lipped bugles blow
Where the swift currents of the river flow
Past Fredericksburg: far off the heavens are red
With sudden conflagration: on yon height,
Linstock in hand, the gunners hold their breath:
A signal-rocket pierces the dense night,
Flings its spent stars upon the town beneath:
Hark! – the artillery massing on the right,
Hark! – the black squadrons wheeling down to… Death! 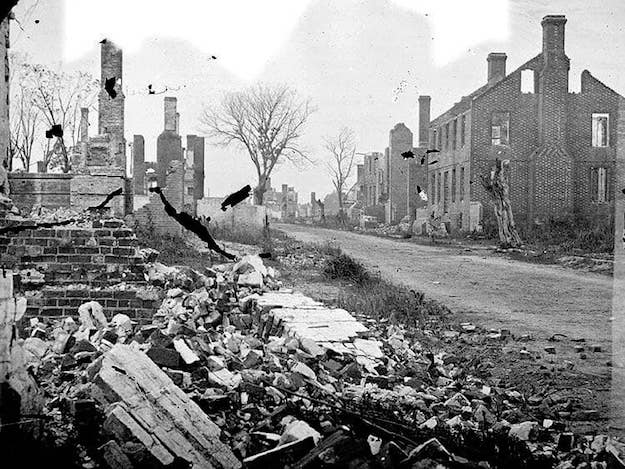 Stonewall Jackson was outraged. His entire body shook in anger as he looked around him at what had been done to the city of Fredericksburg. He saw the pianos and the works of art and the crystal chandeliers smashed and ruined on the streets. He saw elegant furniture that had been wantonly vandalized and the remains of elegant, leather-bound books that had been burned for kindling. But it was the churches – the churches – that infuriated him most. Houses of God were pocked with bullet holes and charred by cannon shot. This was a crime against God – a despicable blasphemy – and it very nearly made him weep.

Dr. McGuire, who was seldom far from Jackson’s side, shook his head in revulsion. “What can we do about this kind of barbaric behavior?”

No Greater Courage
by Richard Croker