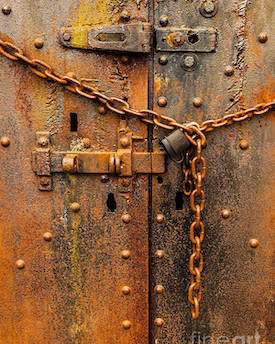 To me slavery is the loss of freedom; when my life; my property; and my rights can be taken from me without my consent based upon the whim and caprice of others. If there is nothing that I can call my own, then I am, in fact, a slave.

Your government can, and does, tax you to its heart’s content. It may allow you to keep a portion of your earnings, but if it raised the income tax rate to 90%, 100%, what could you do to stop them from taking every penny you earned. Government can seize your property through liens and eminent domain; and there’s not much you can do about it. Government can also take your rights; as it has through all the gun control laws, and the laws and programs enacted to fight drugs; terror; crime; and any other social injustice.

Tell me then, does that not mean that every one of us is a slave; with the only thing being that our cage consists of the entire country? Look at yourselves, you have become so accustomed to your slavery, to following the orders of your masters, that you obediently walk around with a muzzle over your face, you isolate yourself from others and call it social distancing, and you shut down your means of providing for your family – just because some dickweed in government tells you that it is for your own safety.

Currently we are witnessing the erasure of history simply because one segment of society deems that history racist. Regardless of your thoughts on slavery, it was perfectly legal under the constitution which created our government; a fact that was upheld by the highest court in the land in the Dred Scott case. If slavery was immoral, then the men who drafted the constitution, and those who voted in favor of its ratification were immoral too; as is the government it established. 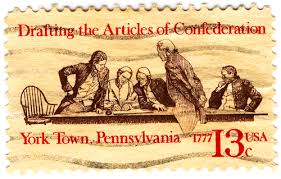 There was no mention of slavery in the Articles of Confederation; that was an issue left to the states to deal with of their own volition. Then along comes the drafters of the constitution and they inserted slavery into their document; both perpetuating it for 20 years, and protecting the rights of slave holders by requiring that their ‘property’ be returned to them; a fact that was codified when Congress enacted the Fugitive Slave laws. So tell me again who is wrong, who is evil when it comes to slavery. There is plenty of guilt to be spread around as far as that goes.

Besides, and I know some people aren’t gonna like this, it isn’t the job of government to legislate morality. God will render justice for our sins, that is His jurisdiction; not the jurisdiction of government. Besides, if slavery was immoral, why does government now condone and support homosexuality and abortion; as both of those are immoral as well.

Even if the Civil War were fought to end slavery, (which I don’t believe it was) – government had no authority to raise an army and invade any segment of the country to end the institutions that existed within that segment of the country. The only proper way to bring about that kind of a change would have been through a constitutional amendment; and being forced to accept such an amendment under duress, (as the South was under the Reconstruction Acts), nullifies that amendment; and any contract or compact forced upon another by coercion and duress nullifies that compact. 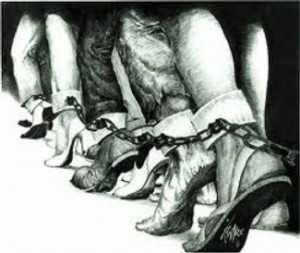 Not only that, but if the Constitution says that all states shall be entitled to the same privileges and immunities of the other states, then the government had no authority to demand that new states entering the Union write constitutions declaring them to be ‘slave free’ states; it should have been up to each territory wishing to become a state to decide that question for themselves.

Yet here we had a situation where Northern states were seeking to impose their version of morality upon the South; even though the North was culpable for slavery due to the fact that every single American slave ship that ever set sail for Africa, to return with its human cargo, sailed out of a Northern port…every single one. The North profited mightily off the slave trade, not to mention the cotton they picked. So the North can get off its soap box and stick its morality up its ass as far as I’m concerned.

If slavery is, in fact, the loss of rights and property, then could it not be said that the South had become enslaved to the government; which was being run by the North through the newly established Republican Party? If that government could interfere in the internal affairs of a state, or its peculiar institutions; if it could tax state mercilessly, (which at the time of the Civil War was the case; with the South providing 80% of the operating funds for the government with nary of a penny of that money being spent in the South), then would that not mean the South was enslaved to the North; and that they had every right to nullify their assent to that system of government, and to return to their status as free and independent states?

Men may have enslaved other men to work their farms and plantations prior to the Civil War; but both during and after that war men used guns, cannons and bayonets to enslave an entire segment of this country; to bind it to a system of government they no longer wished to be bound to.

And if that does not define the roles of slave and slave master, I don’t know what does.
We are all slaves now, and if you would pull your heads out of your asses you might be able to see that and stop voting for those who wield the whips and chains that bind us.

~ The Author ~
Neal Ross, Student of history, politics, patriot and staunch supporter of the 2nd Amendment. Send all comments to: bonsai@syix.com.

If you liked Neal’s latest column, maybe you’ll like his latest booklet: The Civil War: (The Truth You Have Not Been Told). Life continues to expand for this prolific writer and guardian of TRUE American history.