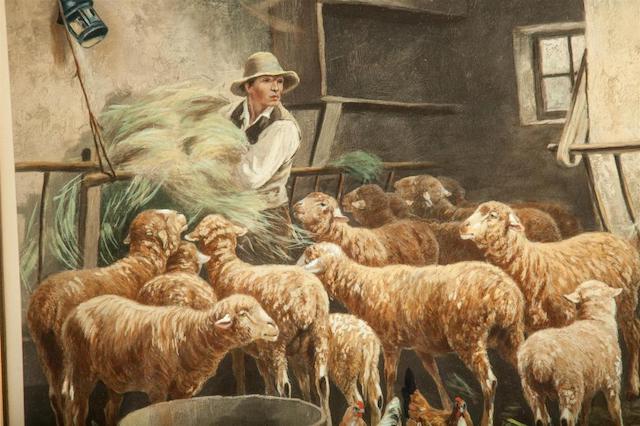 By now you’ve probably heard of Harvard Professor Elizabeth Bartholet, whose name catapulted into the public’s view when she called for a “presumtive ban” on homeschooling. Ironically, her call for a homeschooling ban came right when the entire nation was forced to homeschool due to the COVID-19 outbreak.

Throughout the debate, Bartholet made clear that one of her main concerns with homeschooling is its potential to serve as cover for child abuse. But hidden beneath this claim seems to lie another concern. Bartholet drops hints that homeschool regulation is necessary, and that children really must be protected by the state. Having them in state-run schools seems to be her way of making sure all children benefit from this oversight.

Bartholet goes so far as to suggest that all homeschool children should be required to spend some time in public schools:

I also think it’s important that there be contact beyond that, that homeschooling families ought to have their children see people other than the parent. So it’s for that reason – or that’s part of the reason – that I propose that all homeschooling families – the children should be required to take a course, to take extra-curricular activities, to go to the public school where they will see mandated reporters, and have other eyes on that child…

I’ll give Bartholet the benefit of the doubt. She’s likely well-meaning and believes she has the best interests of children at heart. But I wonder if she has ever considered the philosophy of mass conformity at the heart of government schooling, and furthermore, the damage such mass conformity can do to the thought processes of a generation.

Think of what the average American schoolboy is taught today, say of history or economics. Examine the specific orders to teachers issued from time to time by the School Board of New York City—a body fairly representative of the forces that must always control education at the cost of the state. Surely no sane man would argue that the assimilation of such a mess of evasions and mendacities will make the boy of today a well-informed and quick-minded citizen tomorrow, alert to error and wary of propaganda.

Mencken notes the problems of mass schooling even more bluntly:

The plain fact is that such an education is itself a form of propaganda—a deliberate scheme to outfit the pupil, not with the capacity to weigh ideas, but with a simple appetite for gulping ideas ready-made. The aim is to make ‘good’ citizens, which is to say, docile and uninquisitive citizens. Let a teacher let fall the slightest hint to his pupils that there is a body of doctrine opposed to the doctrine he is officially ordered to teach, and at once he is robbed of his livelihood and exposed to slander and persecution. The tendency grows wider as the field of education is widened.

Mencken concludes by saying that once upon a time American education was simple but solid, producing a “self-reliant, cynical, liberty-loving and extremely rambunctious people.” That changed, and Mencken noted of schools in his time, “Today, with pedagogy standardized and a school-house in every third block, they are the herd of sheep….”

Mencken wrote these words in 1921. Could he have imagined how much truer those words would be today?

The fact is, generations have aimlessly marched through the halls of our government schools. As low test scores seem to indicate, students aren’t learning much of anything – except, perhaps, “the appetite for gulping ideas ready-made.”

One wonders if such a scenario laid the groundwork for where we are today: a nation whose citizens seem to have forgotten history, have difficulty making a logical argument ­– much less being able to consider two sides of an argument – and are fixated on chanting a few social-justice-minded slogans.

If we want to continue on this path, then perhaps we should go with Bartholet’s recommendation and send every child to government schools. But if we’re not happy with the situation we’ve gotten ourselves into, then perhaps it’s time that more families gave homeschooling a try. It’s at least worth a shot and just might turn us into a thinking country once again.

Written by Annie Holmquist and published by Intellectual Takeout ~ June 16, 2020

~ The Author ~
Annie is Editor of Intellectual Takeout.