What is the governing dynamic causing both student loans and healthcare burdens to run away from us? 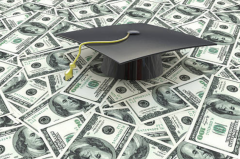 As a health economist, I spend my days working with incredibly innovative medical device and biotechnology companies who are commercializing into the healthcare space. By consequence, I’m obligated and prone to think about the financial and economic troubles facing the field of medicine. For seven years I worked for an integrated delivery network and had a seat on both the payer and hospital side of the table and was thereby privy to how all the sausage was made. During those same years, I was laden with a student loan burden that I’d heaped on myself during college and two master’s programs. The consequence of which was 1) a fantastic education in neuroscience, bioimaging, and business and 2) a four-figure monthly payment to student loan servicers that, but for the grace of God, almost torpedoed my wife and me monthly.

We were the embodiment of the “student loan crisis” that is so frequently discussed these days. Professionally I was left to grapple with the ever-raising healthcare price problem while personally grappling with how my father paid $60 a quarter when he was in college where I was practically paying that amount daily in student loan interest. Was there no other way to obtain the remarkable education I received but at a fraction of the cost? Is there no other way for a patient to receive a 30-minute colonoscopy for less than $1,500?

I invite you and your significant other, life-long friends of mine, to choose the restaurant of your choice whereby I vow to pay 80 percent of the bill. You rightfully choose the best 5-star place in town to enjoy a fantastic meal. There’s no price on the menu and you remind yourself that “if I have to ask, I probably can’t afford it.” Then you remember that I’m going to pay 80 percent of the bill and you go for it. The bill arrives for the two of you and it’s an eye-popping $1,500 for which, of course, you’re responsible for $300. You call me in a fit of confusion, angst and heartsickness and ask how this ever could have happened. I tell you that after I made the offer to pay 80 percent, I then called up the restaurant and told them of our arrangement. Neither of us, at that point, are confused as to why the restaurant so dramatically raised the price; the server doesn’t work for me and thereby has no profit-and-loss stewardship and you were ignorant to the costs of the meal. You then ask me the obvious question, “Why on earth did you call the restaurant and tell them of the agreement? Once they knew I could pay at any price, of course, they’d raise the charges!”

Healthcare
When the patient arrives at the hospital for a tonsillectomy, among the simplest procedures known to medicine, they are ignorant of the costs, charges, and requisite talent to perform the task. In 1924 Roald Dahl, for the record, had his removed without anesthetic and walked home holding a popsicle. My father had his removed in 1945 at a cost of $10 by an old, shaky-handed physician on Center Street in Provo, no insurance requested or accepted. Our son had his removed in 2013 and the bill was an astonishing $3,500. My wife and I didn’t know the price and if we did we likely wouldn’t have cared, insurance was going to cover most of the bill anyway. Why is a mammogram so expensive? Breast compression and 2-D, full-field, digital mammography could be done behind a curtain at a 7-Eleven for $5 with the image assessed by a radiologist in India for $10. Rather it’s done by an Indian radiologist in Salt Lake City at a metropolitan hospital for $200. The reason is that the radiologist doesn’t work for the insurance company, they work for the hospital just as the server at the restaurant didn’t work for me, they work for the restaurant. Before the woman showed up for her mammogram, the insurer had already told the radiologist that the bill would be covered. Simply put, if physicians worked for Aetna, Cigna, or BCBS (the “payer”) instead of working for the hospital, whose incentives are based on the treatment of the sick, innumerable perversities of modern healthcare would be rectified. No physician should work for “Saint Marks Hospital.” Aetna members should be treated by Aetna physicians at Aetna hospitals, not by “Saint Marks physicians” who are subsequently reimbursed by Aetna.

Student Loans
When I graduated from Mountain View High School in Utah and went off to college with my diploma, I arrived at Purdue University ready to learn behavioral neuroscience. The problem was, Sallie-Mae (now Navient) had already visited the school and told them that I could pay at any price. There was now little room, if any, for negotiation. At best I was adequately trained, with my government-issued high school diploma in tow, to do little more than mow lawns or clean glassware in a lab. Yet because Sallie-Mae had preempted me and told the professors, who work for the university instead of working for the student loan servicer, that they would cover me, they did what the restaurant and hospital in the previous examples did and took Sallie-Mae up on the offer. Student loans, in effect, are student insurance where the bill is paid in full by the payer (Navient) and the premium is paid upon graduation.

When the user isn’t the primary payer, misalignment of incentives occurs. If you were the CFO of this hypothetical “St. Marks Hospital” and a payer told you that they’d pay 80 percent of the bill, what would you do? You’d take them up on the deal. If you were the CFO of a university knowing that thousands of kids were showing up in August and that they could pay at any price, you’d do what hospitals do and charge as much as you’d like. No physician wants to work for Aetna and no professor wants to work for Navient but to unstitch the embroidery of “St. Marks” and “Purdue” and reissue scrubs and tweed jackets with “Aetna” and “Navient” so inscribed would realign incentives and costs would subsequently decline. 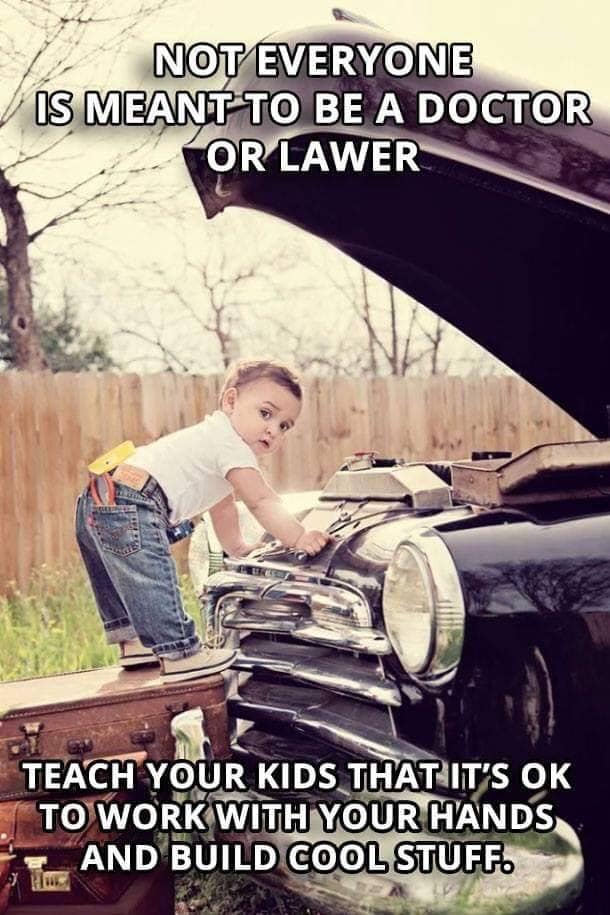 Written by Nicholas C. Anderson and published by The Mises Institute ~ August 19, 2019